London's Tube stations may fall over sometimes, whether that's down to the weather (leaves, snow, rain, wind, sun, take your pick), industrial action or simply signal failures – but there are no hold ups when it comes to getting online.

The public wifi network across the Tube, which is run by Virgin Media, is one of the fastest in the world, with all but two stations recording "superfast" speeds, it has been claimed.

A further number of stations even qualify as "ultrafast", where speeds are in excess of 100Mbps, according to research by thinkbroadband.com.

Upload speeds are at "staggering levels" according to the research, with many speeds better than those found at London hotels.

Only Cannon Street and Monument failed to reach "superfast" speeds of more than 30Mbps – but only just.

"The network of stations as a whole performed very well. Apart from two stations, Monument and Cannon Street on the Circle line, every other station tested qualified as a superfast connection.  Even these two stations at points reached the bracket, so overall it was an incredibly successful test. Following these findings we can safely say that the London underground network is superfast.”

The 10 Tube stations with the fastest for WiFi 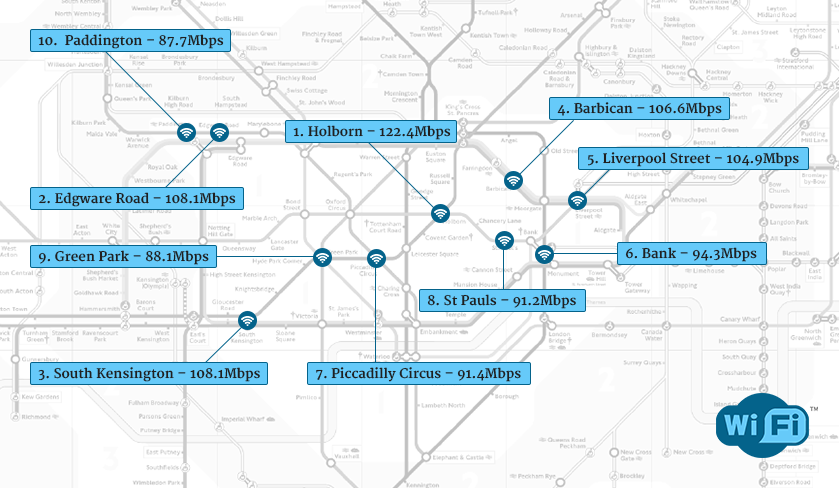