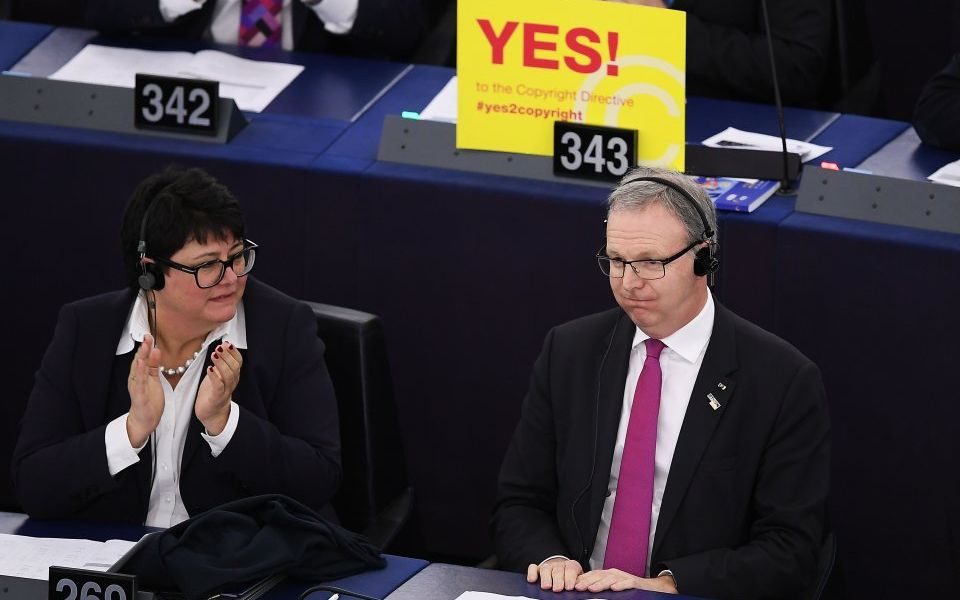 Tech firms have launched an attack on new copyright rules voted through by the European Parliament today, saying they could damage both competition and freedom of expression.

Tech UK, which represents more than 900 tech companies across the country, slammed the new regulations, describing them as “simplistic solutions to complex problems”.

“Today the European Parliament has failed to strike the right balance between protecting copyright and ensuring freedom of expression,” said Giles Derrington, associate director of policy at Tech UK.

“We are particularly concerned about the impact the new Copyright Directive will have on competition within the digital sector given the high-cost of meeting the requirements Directive now creates.”

The Copyright Directive, which passed earlier today by 348 votes to 278, will make tech firms liable for content posted without adequate copyright permissions.

Google has also criticised the changes, saying that while the directive is an improvement to existing regulation, it will “still lead to legal uncertainty and will hurt Europe’s creative and digital economies”.

The vote follows years of wrangling over the proposals, with the tech industry warning of a limit on internet freedoms, particularly with relation to user-generated content.

But publishers and artists have welcomed the move, saying it will ensure creators are fairly compensated for their work.

Raffaella de Santis, associate at law firm Harbottle & Lewis, said: “Artists and creators will hail the passing of the directive as a real victory for their right to be fairly paid for their creations.

“However, the effect of the text of the directive as passed could at the same time have very concerning and unintended consequences for vast swathes of online services, not simply those operating in music or news.”

Kathy Berry, senior lawyer at Linklaters, warned the new provisions are “little more than a set of ideals”.

“This is likely to result in an ongoing lack of legal and commercial certainty until the scope of the Directive is fleshed out by either the Commission’s proposed guidance or by European jurisprudence,” she said.