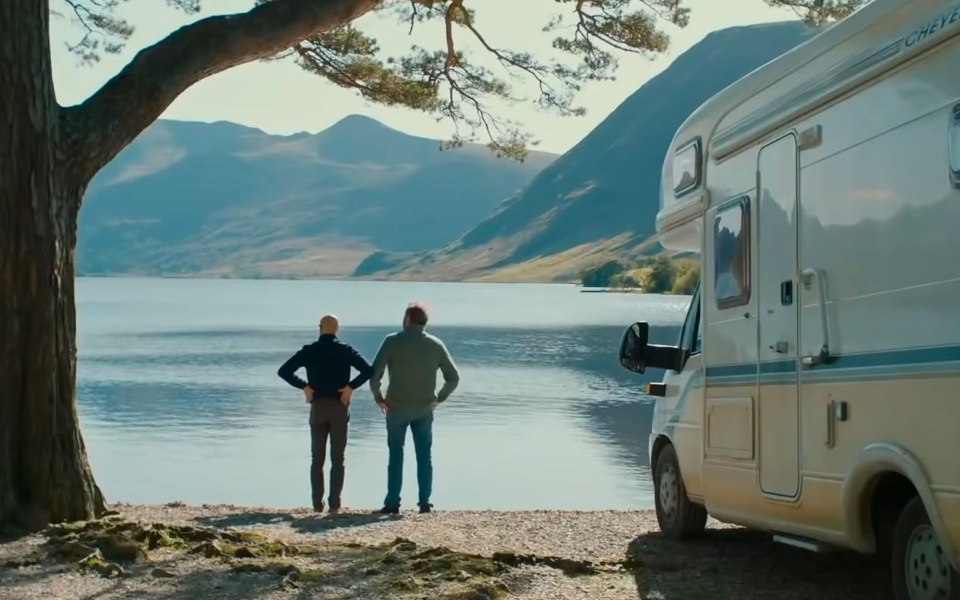 The follow up to his 2014 debut Hinterland, British filmmaker Harry Macqueen works with two Hollywood legends in a quiet, but devastating drama that was sadly overlooked in this year’s awards chase.

Colin Firth and Stanley Tucci play Sam and Tusker, partners of twenty years laughing and bickering in their campervan on the first leg of a road trip to The Lake District. Both desperately try to ignore the elephant in the room – Tusker is dying of dementia, and this trip may be one of their last together. With Sam in denial about losing the love of his life, revelations emerge that will force him to face a future alone, and Tusker his own mortality.

Macqueen paints this emotionally challenging picture with some exquisite cinematography, and a script that allows his actors to go to uncover their characters’ true selves without falling into melodrama. It’s certainly a weepie, but what makes it special is the choice not to exploit its sad story. In its most wrenching moments, the camera looks away to the calm fields, and allows us to fill in the gaps in our mind. When the big twists do drop in the middle of a party, the reactions are muted, and confrontations saved for behind closed doors.

As vital as these elements are, the film is what it is because of Tucci and Firth. The former fills Tasker with grace, enjoying every moment knowing that his time is coming soon. There are no hysterics on his part, just the agonising humanity of facing the end. For an actor who has made a career of being the memorable support, he soars in the lead role.

He has the perfect partner in Firth, who shows the other side of the story. Sam seems in a state of continual frustration, a state that is symptomatic of his deep fear of a world without the love of his life. He is the voice of the one left behind, who refuses to face what comes next by focusing on the next rest stop, the next family visit, the next dose of medication. As the veneer cracks and he bears his soul, we see two exceptional actors giving arguably the performances of their careers.

Supernova is a gorgeous film that showcases the flair of its stars, and furthers the reputation of a talented director. While the return of cinemas has reminded us of the big noisy blockbusters that ‘belong’ on the big screen, this quiet independent drama just as much space in the multiplex, and in your heart.

Supernova is in cinemas from 25th June.