On April 23, judges quashed the convictions of 39 Post Office workers who were wrongfully convicted of stealing money thanks to a flaw in the Horizon IT system. Described as “the UK’s most widespread miscarriage of carriage”, the long-running saga put an ordinarily uncontroversial institution at the centre of a media firestorm. The business has now announced it is making efforts to identify other affected sub-postmasters.

Data from YouGov BrandIndex shows that these recent headlines have impacted public perceptions – but may also demonstrate how a fiasco can affect the ability of companies to recruit. Buzz scores for the Post Office, which calculate whether people have heard more good or bad news about a company in the past fortnight, went from solidly positive (8.4) to emphatically negative (-9.2) between April 22 – the day before the sub-postmasters’ convictions were overturned –  and April 29: a drop of 17.6 points over a week. Scores are still negative as of May 22 (-1.4). 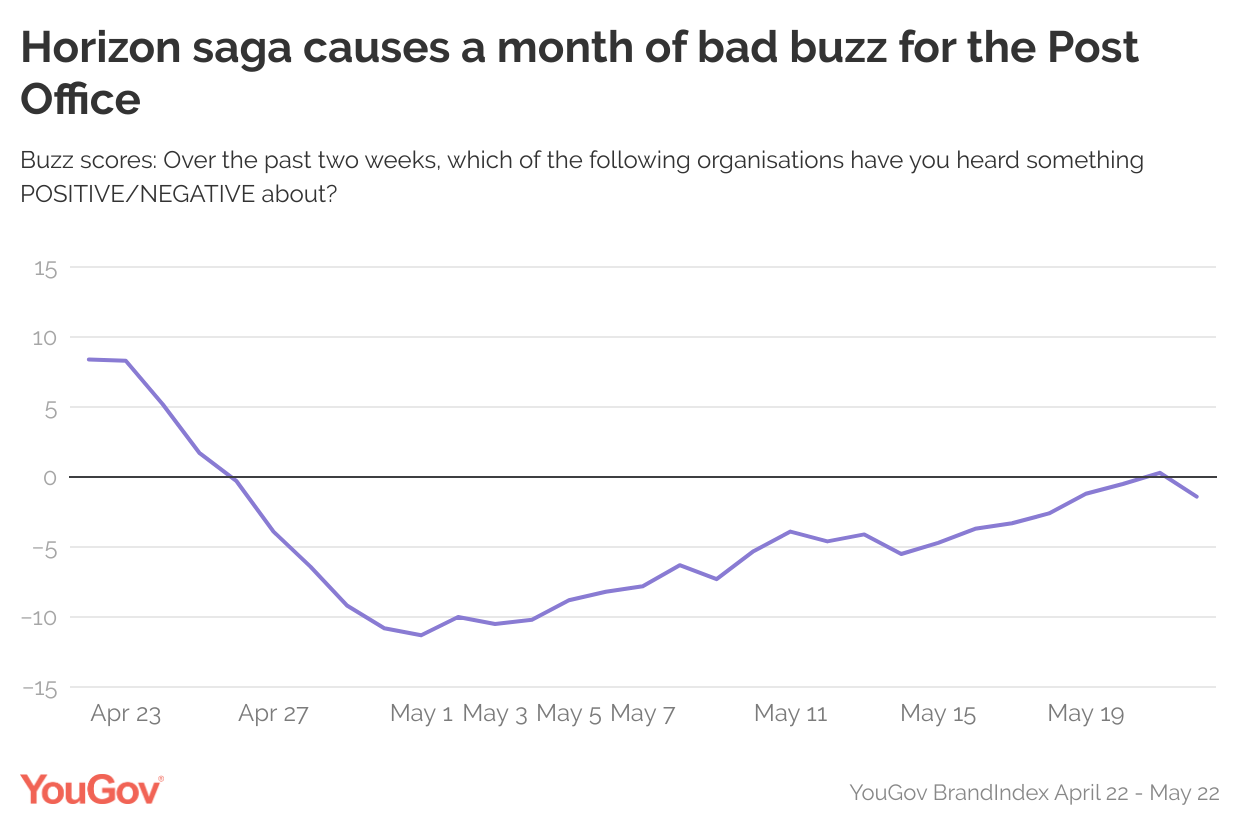 With Impression scores falling from 49.9 to 33.7 (-16.2) over the same period, more people take a dim view of the Post Office than they did before. One month later, these scores have not yet recovered – they remain at 34.9.

Perhaps unsurprisingly, willingness to work at an organisation that wrongly accused employees of crimes –  and recently awarded a £42.5m contract extension to the company that designed (and will continue to maintain) the Horizon system – may have deteriorated.

The Post Office’s Reputation metric, which tracks whether consumers would be proud or embarrassed to work for a particular company, saw a fall of 11.4 points between April 22 (29.7) and April 29 (18.3). As of May 22, scores have seen only modest recovery (22.3).  After the current PR crisis – and the potential identification of more victims – is over, the story may well linger in the minds of would-be applicants.