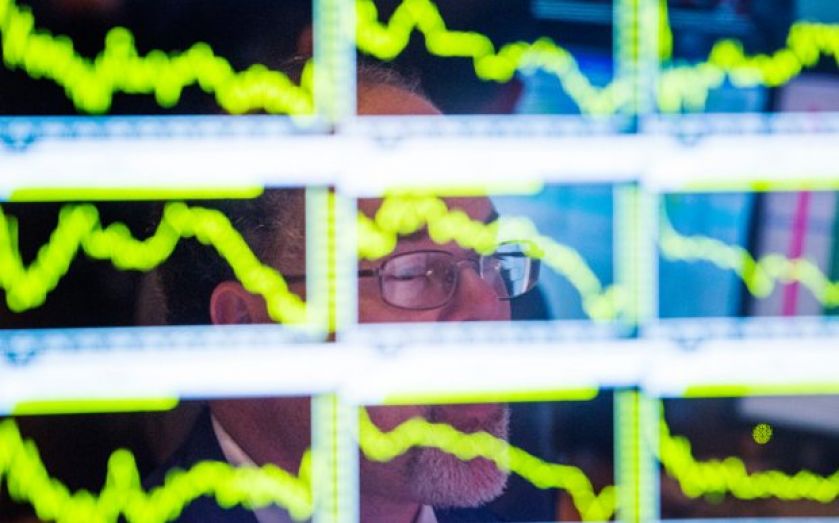 STOCK market flotations around the world doubled last quarter, driven by a near record high in issuance across Europe despite a stall in M&A activity, fresh figures show.

The boom in stock market issues means a $4.8bn (£2.9bn) windfall for investment banks around the world, due to fees rising by nearly a third compared to the previous year.

The figures, published by Thomson Reuters, show global initial public offerings between January and March raised $47.2bn – a 98 per cent increase on the same period in 2013.

The US market drove the increase but London helped too. 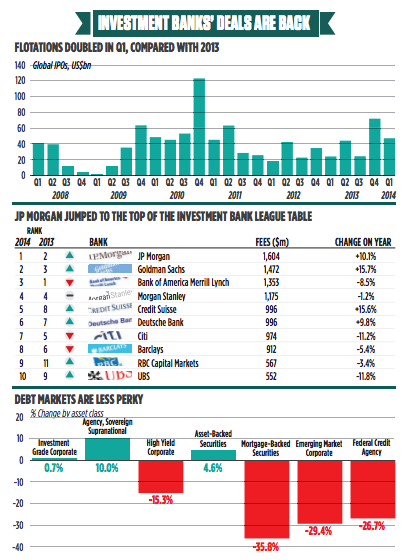 Europe accounted for 35 per cent of all IPOs in the quarter, the second highest level since 2008, with London representing 10 per cent of the global total on its own.

China was the second most active national flotation market with 11 per cent. The US was out in front, representing 30 per cent.

The boom in stock market flotations come after years of pent up demand from companies hoping to offload shares to public shares.

Major floats in London have been dominated by retailers such as Poundland, Pets at Home, Boohoo and AO World. The float of cleaning and professional services firm ISS in Copenhagen – the biggest in the city for a decade – also boosted European volumes.

While stock markets are roaring,  the number of mergers and acquisition deals around the world has fallen to a decade long low.

Around 8,200 deals were unveiled around the world between January and March, the lowest level since 2004.

However, a few landmark deals – including Facebook’s $19bn buy of Whatsapp and Comcast’s takeover of Time Warner – helped drive up total values by 52 per cent.