Economist Joseph Stiglitz not shocked by Labour lurch: The rise of Jeremy Corbyn gets a big supporter 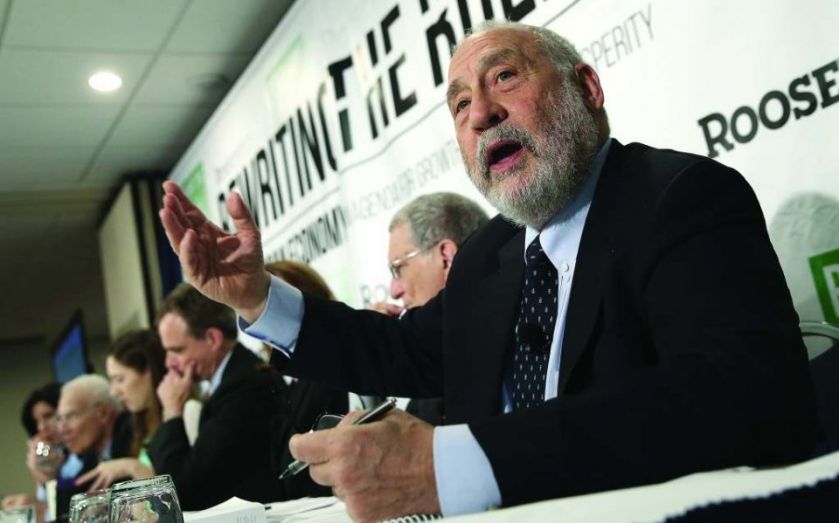 A cosy, dimly-lit Mayfair cocktail bar with a stage for live music is not the first place you would expect to find a Nobel prize winning economist on a Sunday morning. Firebrand American polemicist Joseph Stiglitz was in town during an eyebrow-raising period for the British left. But while many in Westminster are shocked by the sudden rise of ultra left-wing Islington North MP Jeremy Corbyn, Stiglitz says the development is to be expected. “I am not surprised at all that there is a demand for a strong anti-austerity movement around increased concern about inequality. The promises of New Labour in the UK and of the Clintonites in the US have been a disappointment,” he told an audience at The Arts Club on Dover Street. Stiglitz was dropping by to plug his latest book, The Great Divide, which lashes out at what he perceives to be the causes of inequality. The rise of Corbyn has seen some polls put him ahead in the race for the Labour leadership. The possibility that Labour could lurch further to the left, moving back to its old ways, has attracted criticism from Tony Blair, who led the party from 1994 to 2007. But Stiglitz says the likes of Blair only have themselves to blame for the change of tone. “Unfortunately the centre-left parties have wimped out. They have joined in saying ‘Oh yes, we have to have a kinder version of austerity, a milder version of austerity.’ But one of the disappointments of the Eurozone, and Europe more broadly, is that you have these elections, these centre-left parties get elected and they have to cave in to Germany and so they then do a rhetoric that is gentler but the outcome is not much gentler,” he said. Unsurprisingly, Stiglitz also lashed out at austerity measures required of Greece from its creditors. The latest deal to solve Greece’s economic crisis will end in further disaster, he warned. He said that if Germany did not agree to write off the country’s debt, Greece would be better off leaving the euro. He also criticised the German government for insisting that other countries run balanced budgets. And Stiglitz continues to take aim at the International Monetary Fund (IMF), which offers countries giant loans if they promise to reform, including austerity measures. The combination of austerity and the existence of the euro were responsible for Greece’s depression, he said. He cast doubt on the current deal being discussed. Germany wants the IMF on board; Germany does not want debt reduction; the IMF wants a big debt reduction. Herein lies the problem, he argues. Stiglitz believes Greece should leave the Eurozone, saying there would be a “high probability of restoring growth” if it did so, but “near certainty of further depression” if it signed the new agreement. He also said that letting the euro go would ultimately be needed to save the EU project. “It’s [the euro] pulling Europe apart, and it’s weakening the economy,” Stiglitz said.