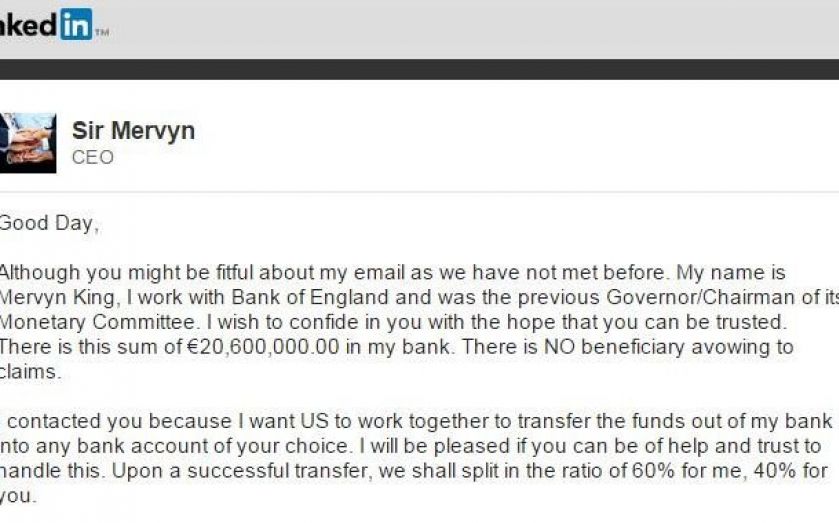 When City workers hang up our ties for a well-deserved retirement some of us might choose to go fishing.
Former Bank of England chief Sir Mervyn King – now Baron of Lothbury – seems to have got his wires crossed and appears to be embarking on a new career as a phishing scammer.
Or at least, someone calling themselves Mervyn King – and claiming they “work with Bank of England and was the previous Governor/Chairman of its Monetary Committee” [sic] – is, and they are contacting people with a very dubious offer.
In an email sent through LinkedIn to journalist Fabrizio Goria, the pseudo-King claims to have “a sum of €20,600,000.00 (£15.5m) in my bank”. A tidy sum for an economist, though no doubt he's been investing sensibly.
“King” wants to transfer the cash into “any bank account of your choice” and is offering 40 per cent of the total once it has been completed. He will explain how they can “execute this plan legally” later.
Surely an offer you can't refuse?