The property tech bubble in London’s east end is pricing small businesses out of the market.

Shoreditch, Clerkenwell, Aldgate and Whitechapel: over the last decade these places have become the breeding ground for media and tech start-ups, as well as larger blue-chip companies looking to grow their digital operations.
However, East London’s success at cementing itself as the UK’s thriving tech hub has come at cost. Small to medium sized businesses warn today that they are being priced out of the market after a near doubling of rents over the last five years.
“We are feeling the pinch” Jeremy Thompson, chief executive of media agency Gorkana told City A.M. His company is seriously considering exiting its three buildings on Old Street because it faces a huge hike in its rent bill under a current rent review. 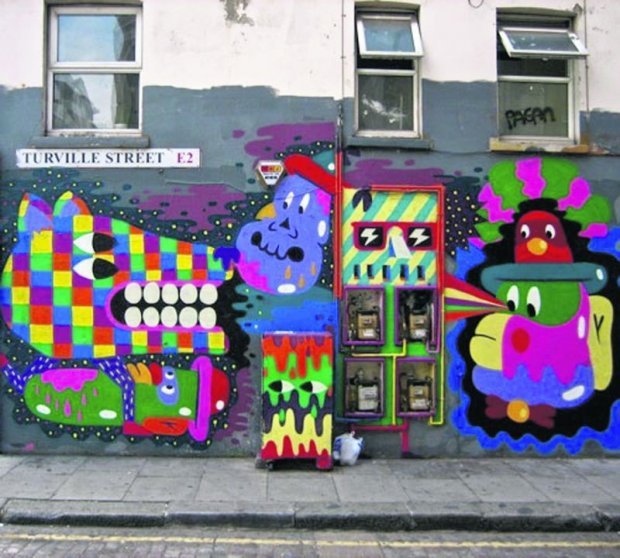 Shoreditch and its surrounds have attracted firms like Unilever

“We have got almost 600 people in three buildings in Old Street and we are increasingly wondering if we need to be in this part of town,” he said.
“It used to be a cost effective area to be in but that is changing and the cost of hiring is also increased. There is also a drain on talent because when you have big players like Google coming in, you can’t compete with them,” Thompson added.
Communications agency Splendid  was also faced with the tough decision earlier this year of whether to stay or leave, after its landlord  wanted to double the rent at its office on Tabernacle Street near the Old Street roundabout. After lengthy negotiations Splendid’s rent jumped to £29 per square feet from £17-18 per square feet in 2010.
The group decided to stay because this was relatively cheap compared with buildings in the area, which can command up to £55 per square feet.
Derwent London, one of the major developers in London’s so-called Tech Belt or Tech City, secured a star line-up of tenants including Unilever and Deloitte Digital at its development, the Buckley Building on Clerkenwell Green, securing rents of between £42 and £52.50 per sq ft.

The Buckley Building on Clerkenwell Green

A recent report by advisory firm JLL said that as supply tightens and more established firms willing to pay higher rents flock to the East End, it is inevitable that some businesses will have to look further afield to cheaper locations such as Hackney Wick, Stratford or Canary Wharf.
“Rents have increased substantially around [Old Street] but that always happens when there is a buoyant market and not a huge supply – its just market economics,” JLL’s head of UK research Jon Neale told City A.M.. ­
In short, Old Street and neighbouring districts from King’s Cross to Aldgate will continue to be where companies at the forefront of the digital innovation – from traditional marketing companies to software and app developers – choose to locate in spite of rising rents.
A survey by BNP Paribas Real Estate last month found that two thirds of media and tech firms had expectations of rent that were in line with the market, when provided with a range of rent for their top choice.  But for the remaining third feeling the squeeze, a move could be on the cards.
BNP Paribas’s senior leasing director Dan Bayley said: “There will certainly be, over the rest of this year, a lot of occupiers looking long and hard at their forthcoming rent reviews.”