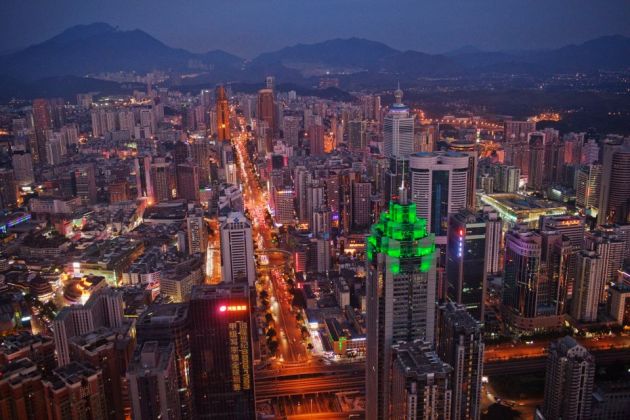 As investors in global cities we compile a biannual index using a number of factors to identify the most economically vibrant cities. With the publication of the latest version of the index, we’ve also taken the opportunity to highlight those cities that we believe have the greatest potential to move up the rankings in 2018. We have broken this down into the regions, to select a potential best improver for Asia, North America, and Europe/Middle East. The cities we have chosen all have growing levels of disposable income, large and growing populations and a well-educated workforce. These cities should be able to use these advantages to attract companies which, in turn, will attract talented employees. A cost-effective and efficient transport system can underpin the economic success of a city. Mass transit allows people to access a city, drawing on a wider employment set and facilitating growth. An improvement in mass transit for all three cities would further help their prospects.

City Name: Shenzhen, China Old Position: 24 New Position: 20 Why Shenzen is becoming more successful: Shenzhen has two major strengths. The first is being part of the Greater Bay Area (GBA) of Guandong, Hong Kong, and Macau. This is arguably emerging as one of the most powerful economic areas in the world. The second is developing a specialism within the GBA for technology; Shenzhen is now home to major tech companies such as Huawei and Tencent. The GBA has a total population of 68 million (5 per cent of China’s population) and represents 12 per cent of China’s GDP. It is the fifth largest economy in Asia. We believe in the clustering impact of cities and the GBA is a good example of this with Shenzhen at the geographic centre. Infrastructure and transport links are key for economic clustering to take effect. The Government is committed to one-hour transport between cities within the Pearl River Delta. Shenzhen is a clear example of a city enjoying a virtuous circle. It caters to growth sectors, in a growth region of a country which is still on a path to a consumerist economy. For those reasons, it would be top of the list for cities to watch for 2018.

City Name: San Jose, US Old Position: 15 New Position: 14 Why San Jose is becoming more successful: San Jose is at the vanguard of the tech revolution sitting in the centre of Silicon Valley. It is one of the strongest examples, globally, of a knowledge economy. It manufactures ideas where rustbelt cities used to manufacture goods. The household names of Cisco, eBay and Adobe are all located in San Jose. Despite its relatively small population of one million, San Jose has very strong economic metrics and university score in the Global Cities index. It punches above its weight and we think it will continue to attract strong employers and talented people. The opportunities from businesses located in San Jose means leads to solid population inflow, which in turn creates further economic growth. Concerns over high house prices persist. Despite this, as with other growth locations, studies show that knowledge workers will sustain high accommodation costs as a career investment.

City Name: Tel Aviv, Israel Old Position: 49 New Position: 34 Why Tel Aviv is becoming more successful: Tel Aviv is emerging as an economically vibrant city capable of rising further up the rankings. A highly educated workforce resulting in higher wages means that this city will become an increasingly important global centre, in our view. Its economy is developing rapidly. The city has a growing financial hub and tech sector. Google recognised this in 2012, setting up “Campus Tel Aviv”, a space for entrepreneurs to meet and develop ideas. And young Israelis are flocking to work and play in the city. This was reflected in the performance of Israeli technology stocks in 2017, which was their best year on the Tel Aviv Stock Exchange since the dotcom boom. As global real estate investors we’re attracted to cities where demand for real estate is far greater than its supply. For us, Tel Aviv, nestled on the Mediterranean coast, is one of these. Our Tel Aviv blog gives more detail. More Insights: What has happened to the stock market after the biggest one-day falls?

Important Information: The views and opinions contained herein are those of Hugo Machin, Co-Head of Global Real Estate Securities, and may not necessarily represent views expressed or reflected in other Schroders communications, strategies or funds. The sectors and securities shown above are for illustrative purposes only and are not to be considered a recommendation to buy or sell. This communication is marketing material.

City A.M.’s opinion pages are a place for thought-provoking views and debate. These views are not necessarily shared by City A.M.
Share: