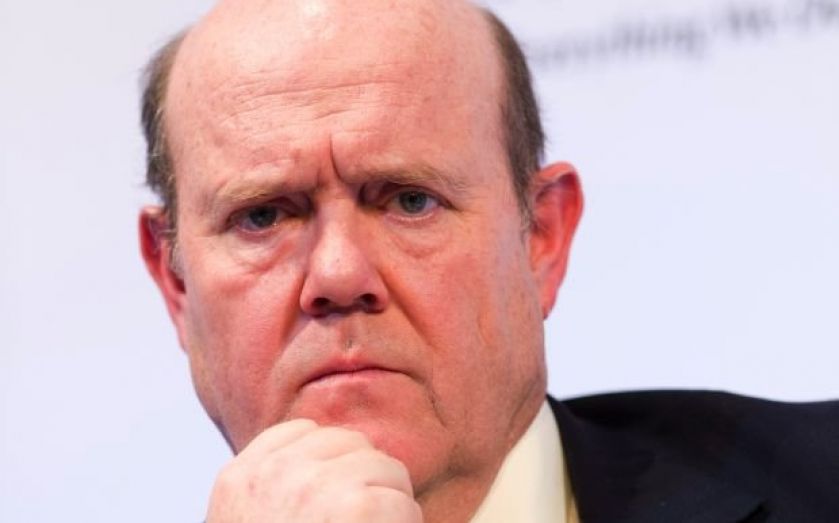 Shares in troubled outsourcer jumped nearly three per cent to 129.2p in early trading after it displayed Churchillian levels of stoicism…

In a statement this morning, Serco said revenues in the six months to the end of June fell to £1.8bn, from £2bn this time last year, while its operating profit fell to a £24.8m loss – down from a profits of £28.1m during the same period last year.

Revenues were dented by a charge of £117.4m, including a £70.1m impairment to assets held for sale and £32.8m refinancing costs.

Still – those revenues were above its July forecast of £1.7bn, while its £62.7m trading profit was well above the £45m it expected.

Meanwhile, basic earnings per share fell to a loss of 10.32p, from 1.42p during the same period last year, while it scrapped its divi altogether.

Outsourcers' reputations have been dragged through the mud in recent years, with Serco taking a particular battering during the criminal tagging scandal of 2013.

But things have begun to improve for the company after former Aggrekko chief exec Rupert Soames (who, lest we forget, is the grandson of Winston Churchill) was brought in to turn things around.

It's fair to say over the past year there's been a bit of "kitchen sinking" going on, with the new boss bringing up as much dirt as possible in order to get it out of the way. In March shares plummeted after it announced its first fall in revenues for 25 years, after a profit warning in November.

But after the departure of chairman Alastair Lyons (replaced by Manchester United veteran Sir Roy Gardner), the offloading of some of its costlier assets – not least its luxury Australian rail service – and a rights issue which caused shares to dip again but which the majority of shareholders backed, the company is slowly returning to form.

"There remains much to do," admitted Soames this morning – but there are signs the supertanker is beginning to turn, albeit at a glacial speed.

We have ended the first half of a very important year in reasonably good order, having completed a number of essential steps on the long road to recovery. We are rightly cautious on 2016 given further revenue attrition and profit pressure, but I am confident we are taking the necessary actions, and have the strategic plan, management team and stabilised financing position in place to succeed.

It's not out of the water yet – but Soames' influence seems to be working on the troubled outsourcer.
Share:
Tags: Company Serco Group