A second referendum wouldn’t be undemocratic... but it would be disastrous 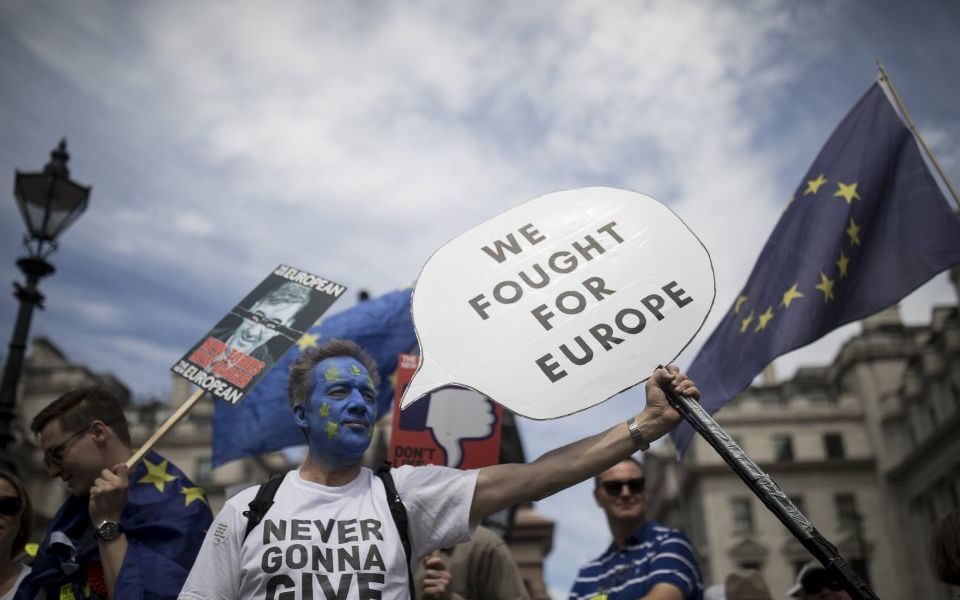 As a Dutch Anglophile and a committed European, my natural sympathies lie with those currently aiming to preserve the ties that bind the UK to the European Union.

What the massive street protests and the passionate people’s vote campaign make clear is that many Brits are as attached to their newly-won European rights as they are to their old British freedoms.

If I were in their position, I too would use every possible tool at my disposal to avoid losing the right to live, love, study, and work anywhere within the borders of the continent of Europe. These are my European liberties, and you would have to pry them “from my cold, dead hands”, as they say.

Given my sympathies, I suppose that it would be logical for me to support a second referendum. And in fairness, none of the arguments given by Brexiteers against the idea of another vote make any sense to me. They are transparently dishonest, motivated by the fear that the original Brexit result might be overturned a second time around.

Take, for example, the claim that a second referendum would be “undemocratic”. Provided that it meets a number of basic criteria about the wording of the question and equal access of both sides to voters and the media, a plebiscite by its very nature cannot be an affront to democracy.

The second argument against another vote is slightly more subtle, but no less fallacious: “people have already voted”. Well yes they have. But only on the general issue of Leave versus Remain, not on the actual details of the kind of Brexit agreed upon by the UK government and the EU27.

It is perfectly legitimate to ask the electorate if it really prefers Brexit as it would actually work out to the current situation.

The third argument is the Leave equivalent of Project Fear: “it would be deeply divisive”. Yes, it would – but so would not holding a second referendum. If there is one guarantee, it is that the UK will remain bitterly divided about Brexit for many years to come.

“But things would get even worse.” Worse than they already are? You have family members and lifelong friends no longer talking to each other this Christmas because they “voted the wrong way”, and government talk of rationing, of troops in the streets, of forcing Ireland to its knees, of Scotland threatening to secede.

And that’s if Brexit is implemented. Short of actual civil war, it’s hard to see how things could get worse.

None of the arguments against the staging of a second referendum presented by its opponents make any sense.

But that doesn’t mean that it would be a good idea. It would, in fact, be a really bad idea. Terrible, even, if its advocates were victorious and Brexit were averted.

Because the UK staying in the EU after everything that has happened since 2016 would be nothing short of catastrophic.

This shock about-turn would create a permanently aggrieved minority of close to 50 per cent of the British electorate. This aggrieved voting bloc would inevitably be served by a virulently anti-EU media and openly eurosceptic politicians, all fired up with renewed fury that Brexit had slipped from their grasp.

The most effective ones would rise to the top of the Conservative party – which would be destined to become the main vehicle for politically organised euroscepticism – far more so than it is already.

The Tories would duly end up electing a series of hardline anti-EU leaders. And since the Conservative party is still Britain’s natural party of government, these leaders would inevitably become the UK’s Prime Ministers.

Britain, are you ready for Prime Minister Jacob Rees-Mogg?

The EU certainly isn’t. It has plenty of experience dealing with awkward members of the European Council, but it has never had a Prime Minister of a large member state openly committed to blowing the whole thing up. And it really doesn’t want to find out what that is like either.

So to my pro-EU friends in Britain, I say this: reject Theresa May’s deal if you must, but please don’t plunge the EU into the chaos that would be the result of continued UK membership.

Why not turn your efforts towards urging the government to take the next best thing in the form of EEA membership? You’d keep all your European freedoms, and would stay as closely linked to the EU as a non-member state can be.

And of course you’d be perfectly within your rights to fight on, under the banner of “Rejoin or die”.

If you did so, I’d come and march with you. Because your future may well be in the EU, as part of the European family of nations. Just not right now. Please.