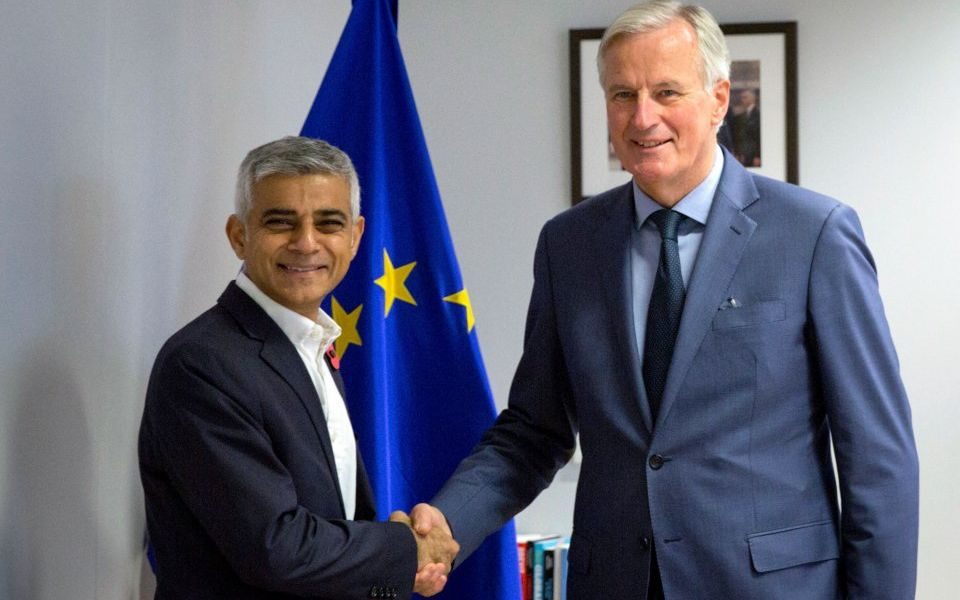 London mayor Sadiq Khan will today warn that leaving the single market will damage London and the UK “for decades to come” as the exit date for leaving the bloc draws ever closer. Khan, a staunch Remainer, will say that leaving the single market and customs union would lead to a “lost decade” in which 87,000 jobs would be lost in the capital by 2030 and 500,000 nationwide, if the country leaves the EU without a deal on 29 March. Leaving the single market alone will lead to 54,000 fewer jobs in London, while the capital’s economic output fall by 1.2 per cent lower by 2030, according to the mayor. Khan is due to address a number of business leader at event hosted by advocacy group London First. He will say that while much of the Brexit debate has focused on the customs union, which the Labour party wants to remain a permanent member of, membership of the single market is more important and has enabled London to become “Europe’s capital” for technology and financial, professional and legal services. Read more: Brexit minister says Article 50 delay is not government’s plan Khan will say said: “London is a world leader in finance, law, professional services, the creative industries and technology – and these industries are central to the future prospects of the British jobs and growth. “So it’s hugely problematic that the Brexit debate in parliament is largely ignoring the needs of these sectors, focusing almost entirely on manufacturing. “If we want to protect jobs and competitiveness in our key growth sectors, in an era of intensifying global competition, membership of Europe’s single market is the best way to do so.” “If the government fails to achieve that, it is a decision that London and the UK will regret for decades to come.” There are just 44 days to go until the UK leaves the EU. The Prime Minister has been accused by Labour of attempting to “run down the clock” until exit day in order to force MPs to vote for her deal and avoid a no-deal Brexit. Read more: Sadiq Khan: UK must remain clearing king after Brexit MPs will vote on Thursday on a motion supporting the government’s attempt to get changes to the Irish backstop plan – which would see the UK locked in the EU’s customs union after Brexit in the absence of a trade deal. Parliament will then get another vote on February 27 if a new agreement has not been reached by then.
Share
Tags: Brexit People Sadiq Khan