Russ Shaw's Tech Week Diary: Showcasing the best of London to the world 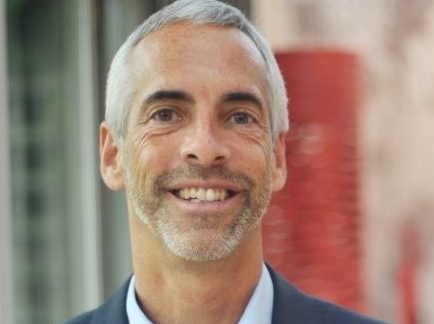 London Tech Week – the showcase of all things innovative – is back. Each day this week, Tech London Advocates and Global Tech Advocates boss Russ Shaw CBE will write for us reflecting on the jamboree. Here’s day one.

The launch mapped out the key themes set to define the next five days – tech’s role in the economic recovery, the impact of tech on the planet, future disruption of traditional industries and the economic potential of emerging technologies such as quantum.

The growing prestige of London Tech Week was demonstrated by the calibre of industry leaders at the launch. This year, the festival’s grassroots networking events and meet ups were supplemented by two Secretaries of State, senior figures from IBM, Dell Technologies and Experian and the founder of Klarna, one of Europe’s most successful tech scaleups.

Speaking of Secretaries of State, the late change from Oliver Dowden to Nadine Dorries as the opening keynote speaker ensured the opening event of London Tech Week was watched with baited breath by policymakers and tech founders alike.

This was the eighth Secretary of State London Tech Week has welcomed since the festival launched in 2014 – and Nadine’s first interaction with London’s tech community.

While this is clearly not the new Secretary of State’s area of professional expertise, what was clear was an appetite to learn, to champion UK tech on the world stage and to break down barriers facing the success of British tech companies.

In her opening remarks, the Secretary of State doubled down on the metrics that demonstrate the extraordinary success of the industry she has inherited: £13.5bn raised in the first six months of the year and 105 unicorns across the UK.

However, there are major challenges that the Secretary will need to address – challenges around GDPR, diversity and inclusion and access to funding. Tech companies are ready to work closely with their new Cabinet Office representative, but will be watching closely to see whether she is willing to go into battle for the UK’s fastest growing industry.

If the eyes of Whitehall were on London Tech Week this morning, then it was the turn of the global tech community in the afternoon. Global Tech Advocates hosted the Tech for Net Zero Showcase, inviting tech leaders from five continents to share updates on the tech innovations designed to tackle climate change taking shape in their local ecosystems.

We heard about technology to grow algae that extracts CO2 from the atmosphere in Mexico, the rise of female founded tech for net zero businesses in the Nordics and the renewed interest of Indian tech investors in British tech for net zero startups.

Beyond the incredible efforts of a global tech community coming together to help the fight back against climate change, it was encouraging to see tech leaders from around the world wanting to speak directly to London’s tech sector and play a role in London Tech Week.

So, London Tech Week is back, with new faces and a more international feel than ever before. For a city that has felt like a ghost town over the last 18 months, perhaps the most significant message from the first day of London Tech Week 2021 is that the city’s tech companies are back in person and ready to showcase the very best of London tech to investors and tech leaders across the country and around the world.