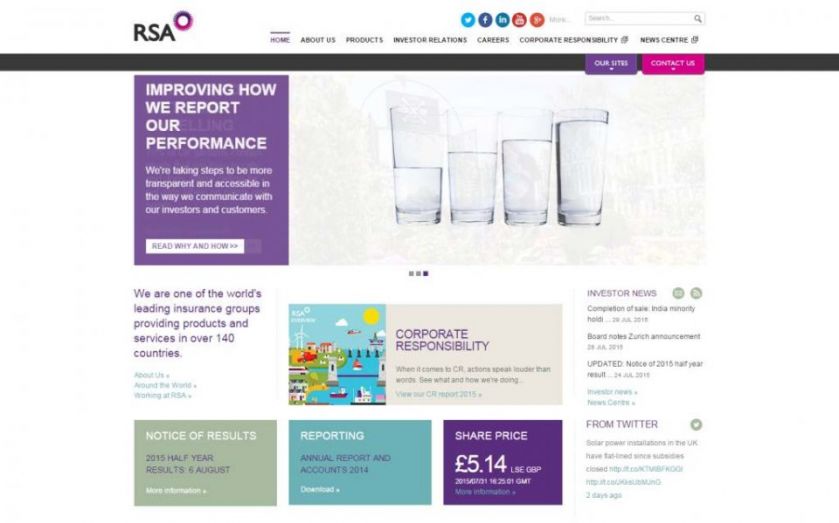 Insurer RSA is hoping to attract a better offer than Zurich’s potential bid, revealed last week, with several other companies believed to be interested in entering the race for the troubled British firm.
City analysts expect Zurich to make an offer of around 550p per share. That price would provide investors with a premium of roughly 20 per cent to the price of 440p that the stock was hovering close to before news of the possible deal broke.
However, RSA’s senior brass could hold out for an offer of more than 600p per share from the Swiss insurer. A source close to the deal told City A.M. that, having considered Zurich’s statements of last week, the board could be targeting a 40-50 per cent premium on recent share prices. This would mean an offer of over 650p.
Insurers believed to be interested in buying RSA include Axa and Aviva. Both companies declined to comment last night.
RSA will report its results for the first half of 2015 on Thursday, with analysts projecting positive movement in the British company’s numbers. Nick Johnson at Numis said last week that, while the upcoming report has “taken on less relevance given recent potential bid interest from Zurich”, the broker is expecting RSA to show “significant improvement in profitability”.
Analysts expect profit will jump to around £235m, from £69m in the first half of last year.
Share:
Tags: Company Mergers and acquisitions RSA Insurance Group