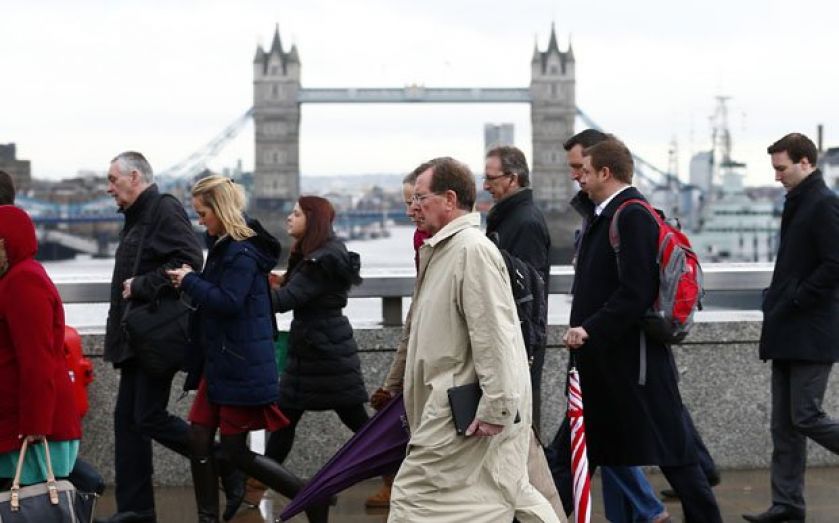 You're back from the summer, but for how long? In case you missed it, one tech visionary thinks many City jobs could be automated within a decade. Dave Coplin, who glories in the title of chief envisioning officer at Microsoft UK, told the Telegraph that “the City could be run by algorithms”.

Ten years is a tight timeframe, but Coplin isn’t the only one who sees automation heading towards City professions like a freight train. The probability that accountants and auditors will see significant job losses to computerisation in the next 20 years is 0.94 according to a 2013 paper on the future of employment by Carl Benedikt Frey and Michael Osborne, which also set the probability for economists at 0.43. Business journalists can’t afford any schadenfreude over the news: firms like Narrative Science are already using robo-hacks to turn out corporate results stories for websites like Forbes.com.

Still, before you bin the CFA and start paging John Connor, there may be a glimmer of hope. David Autor of MIT made a presentation this August at the annual Jackson Hole economic policy symposium. He was overshadowed by the debut speech of Fed chair Janet Yellen, but his paper makes fascinating reading.

Autor doesn’t trade in rose-tinted denial over the impact robots and algorithmic automation can have on employment: he sees evidence for the hollowing out of jobs in the middle of the wage range. But he notes that there is little historical support for the idea that increased productivity reduces employment and, much more originally, he also suggests that “journalists and expert commentators overstate the extent of machine substitution for human labor and ignore the strong complementarities”.

What is the basis for his good news? Autor draws on the insights of Michael Polanyi, a brilliant Hungarian-British scholar who introduced the concept of tacit knowledge in the 1950s, emphasising the inexpressible complexity of the sort of human understanding that permits us to perform even everyday tasks, ruling out the possibility of breaking such actions down into a defined set of rules. As Polanyi put it: “we know more than we can tell”.

Reassuringly, that insight sets real limits on what computers can be taught to do. And Autor goes further, noting that, where it fails to substitute for human hands, automation may actually complement and enhance the value of the human labour it cannot replace. He gives the example of construction workers. Fewer are required thanks to the machinery they now use, but the control, guidance and judgement involved make these jobs more valuable.

That means that if your job description contains enough tacit knowledge, rather than putting you out of a job, new automated systems may actually help raise your salary. What sort of tasks fall into this category? Jobs that require “problem-solving capabilities, intuition, creativity and persuasion”. Positions that “employ workers with high levels of education and analytical capability” and “place a premium on inductive reasoning, communications ability, and expert mastery.” At least for some, the Square Mile’s future may not be so bleak after all.