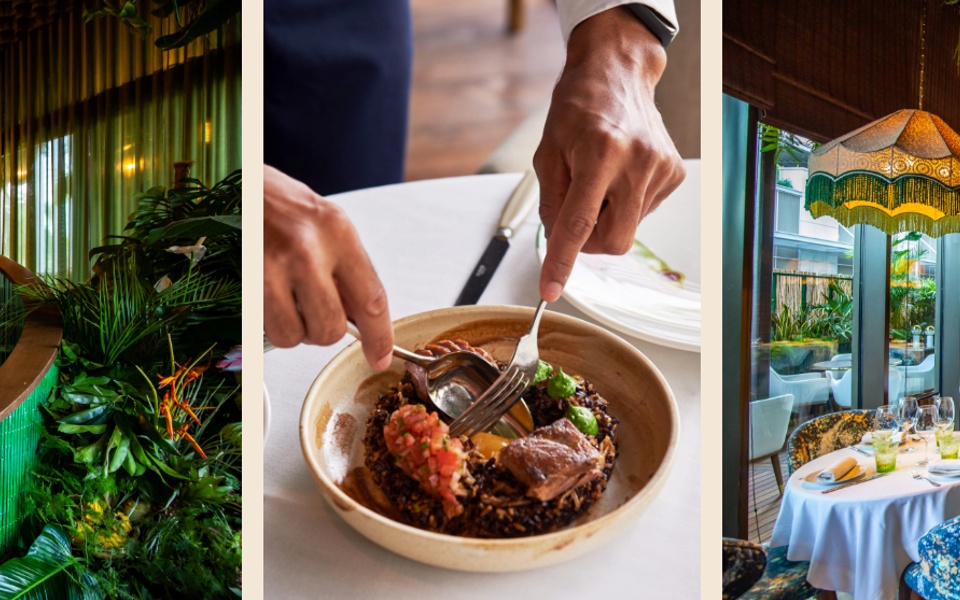 For those in the hospitality industry, 2020 can’t end soon enough. Recent news suggests that by Spring, London finally will start to see some semblance of normal life return, with a lifting of this year’s countless rules and regulations.

The hospitality industry has been decimated this year, despite the Government’s attempts to help by offering VAT reductions and the ‘Eat Out To Help Out’ scheme. No one can predict what rules they will have to abide by next week let alone next month, with the landscape changing from day to day. It’s a near-impossible situation for the owners of restaurants, bars and nightclubs.

But I’m incredibly optimistic about the future. I don’t believe for a second that once we are allowed to live freely again people will be hesitant to visit hospitality venues. While other industries are likely to be impacted permanently by changes in behaviour learned during lockdown, it’s human nature to socialise.

Some have speculated that the life we have been forced to live recently will influence the way we act for years to come. I don’t agree. We are social beings and that can’t be changed in such a short period.

I believe there will be a huge boom in the hospitality industry. Almost a renaissance of sorts, where, because of the overwhelming demand for access to such venues, owners and investors will be eager to open new places.

Running a restaurant, bar or nightclub is tough and the margins can be thin, so inevitably many will not survive this pandemic. Some will throw in the towel for good while others will desperately hold on and hope for the best.

The ones that do make it to the other side, together with the new ones that open post-Covid, will see a period of boom. They can all vie for the trade coming from all those missed birthday celebrations, catch-ups with friends not seen for months or even a year, and of course the parties to salute the ability to simply socialise with friends.

The death of the generic nightclub

Many will argue the London nightlife scene was over-saturated prior to 2020 and a case can certainly be made to support this. The era of the generic nightclub has coming to an end for some time, and the nightclub industry in general has suffered as people developed more sophisticated tastes. The same applies to restaurants that offer a generic experience – they were already struggling before Covid and are sadly the leading candidates to not make it through to 2021.

The closure of some venues, together with the inevitably lower cost of renting prime London real estate due to the decline in demand for high street retail and office space, will leave an opening to be exploited. Savvy nightlife entrepreneurs who have had novel ideas but no opportunity to capitalise on them will now be able to set up these new ventures, meaning we’ll get to experience a variety of new and exciting nightlife options.

The rise of the ‘Clubstaurant’

One new concept that has already seen a period of boom over the past few years is the ‘Clubstaurant’ – a high end restaurant complete with DJ and a clubby vibe where guests can stay on after finishing their meal. These establishments have found it easiest to adapt to the recent regulations requiring food to be served while drinking.

They likely will be the ones that come out the other side in the best shape. I envisage a huge proportion of the number of nightlife venues in London to be clubstaurants in the coming years. The fusion of different cuisines with different styles of music allows for real innovation and unique concepts. This can only be a positive thing and I look forward to more venues like MNKY HSE and Amazonico popping up in the near future.

A new boom in members’ clubs

I also predict private members’ clubs, another sector that’s seen over-saturation in recent years, will become more relevant. The decline of the traditional office set-up, which was expedited by the government’s orders to work from home as much as possible in 2020, means staff will look for other places to work.

Working from home every day isn’t something that appeals to most people and interacting with others is a vital component of a healthy work life. Co-working spaces certainly have their place, but for those that value the ability to network with others in a more informal setting, private members clubs will be the solution to the lack of an office.

Ultimately we still have a number of months to go before we escape the nightmare of Covid, but there is much to look forward to. It remains to be seen how much more support the government is willing to give to restaurants, clubs and bars during that time but those that make it to the other side will see one of the most profitable eras of boom in history. Hospitality, fortunately, is one industry that will simply never die out.

• Paul Norman is Managing Director of Capital A List