Association of Graduate Recruiters: Record number of graduates are being hired 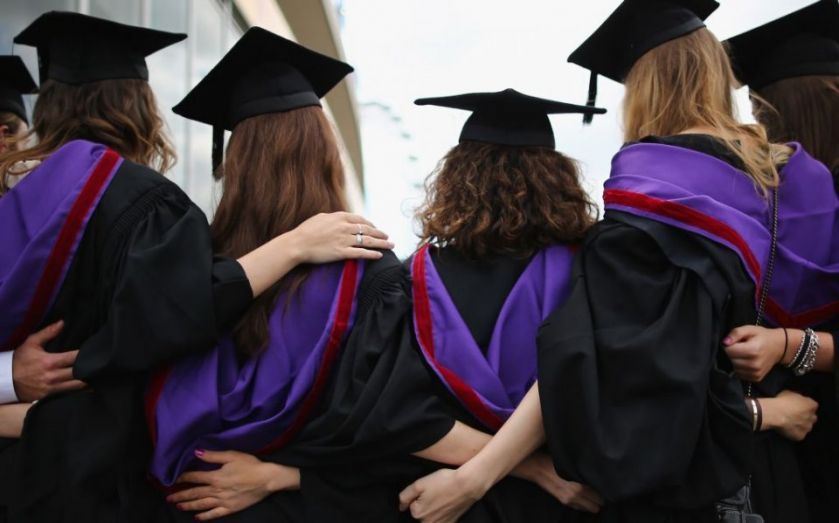 Britain's graduate job market is booming, with record numbers being hired this year, according to an annual survey of the country's biggest recruiters.

The association of graduate recruiters' (AGR) annual survey said that more university leavers are being hired than ever before, with a 13.2 per cent rise in graduate vacancies for 2014-15.

Accounting and professional services firms experienced the biggest rise with job openings up 23 per cent. This was followed by 14 per cent increase in the public sector, and 12 per cent in engineering and industrial firms.

The UK unemployment rate unexpectedly rose for the second month in a row in August, and some economists said this could be due to a lack of skilled workers to fill vacancies. Since then research has showed that the country's top finance chiefs are increasingly concerned by the lack of access to talented labour.

Read more: The UK's skills shortage is getting worse – it's time for a shake up in the classroom and the boardroom

Average graduate salaries rose 3.7 per cent from a year earlier, from £27,000 to £28,000, as employers continued to invest more in their graduate intake.

"This investment is paying off. Despite the perception that all graduates are job-hoppers, graduates stay with our employer members for an average of five years. What’s more, only six per cent leave in their first year on the job and just 11 per cent leave before the end of two years," Stephen Isherwood, chief exec of the AGR, said.

However gender diversity remains an issue, with the proportion of females joining top graduate programs failing to improve over the last five years. This comes despite 62.8 per cent of the companies currently having strategies to hire more women.

"Gender diversity is an issue which requires more of our attention. Although our data cannot explain why women aren’t securing more graduate placements, it indicates there is more to be done to attract female graduates who in turn need to make the most of the opportunities available," Isherwood said.