Raheem Sterling may miss out on Player of the Year, but he deserves recognition for his contribution to the game this season 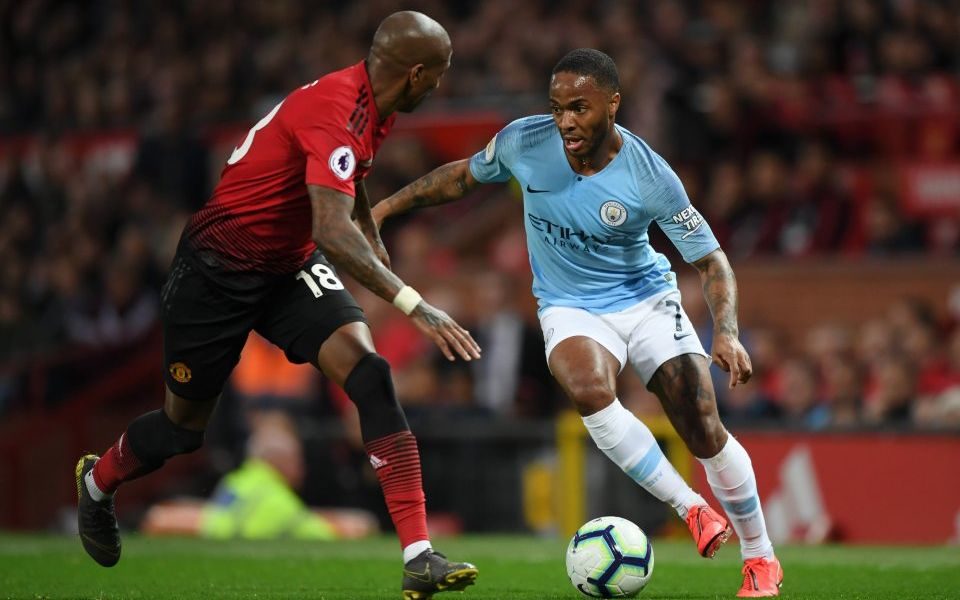 Raheem Sterling may seemingly have missed out on the PFA Player of the Year award to Virgil van Dijk, but no one can take away what the England and Manchester City forward has achieved on and off the pitch this season.

The 24-year-old has encapsulated everything that a footballer should be: a competitor on the pitch, gracious in his rare defeats and most importantly of all a role model and advocate for change.

Liverpool's towering centre-back Van Dijk has arguably had a bigger impact on his team, but even he admitted voting for Sterling, whose contribution to the game this year has gone well beyond the realms of what we have seen on the field.

Read more: City show they can win ugly as they clear significant hurdle in title race

Over the past eight months, the Manchester City forward has led the much-needed conversation on racism and discrimination within football while simultaneously enjoying his best season to date.

His record of 23 goals and 17 assists so far stacks up against last season's return, but his ability to repeat the feat – with time still to improve upon it – confirms that he has become one of the best forwards in the world.

Sterling has been the standout player in the Premier League champions' star-studded side and one of the most relied-upon, with only Kyle Walker and Ederson making more appearances for City this season.

That is even more impressive given Pep Guardiola's track record of rotating players, but he has repaid his manager's faith with a new-found clinical edge in the final third.

His improvement in front of goal has been prevalent with England too, scoring a hat-trick in last month's Euro 2020 qualifier against the Czech Republic followed up with a goal against Montenegro.

Sterling bagged a hat-trick against Czech Republic last month in his most prolific season to date (Source: Getty)

Sterling also bagged a brace away to Spain during October’s Nations League fixture and, like Guardiola, Gareth Southgate deserves huge credit for his improvement.

A notable increase in maturity on the pitch is to be expected as he enters the prime of his career, but it has also manifested itself away from the pitch as he has attempted to tackle issues closer to home.

Sterling, who was born in Jamaica and raised in London, is no stranger to receiving abuse from the terraces, but having spoken out rarely before, an incident at Stamford Bridge in December compelled him to do so, thrusting the issue of racism into the headlines.

The City forward was showered with abuse by a Chelsea fan that day, but rather than complain or retaliate about what he had suffered – saying he “just had to laugh” – Sterling called on sections of the media that he deemed to be fuelling racism to do more.

He highlighted the difference in coverage of a young black footballer and young white footballer buying a new home for their mothers, and said that the wording of each “helps fuel racism and aggressive behaviour” when both youngsters were “innocent” and “had done the right thing”.

Since then, Sterling has taken on the challenge of tackling racism himself, calling out Leonardo Bonucci for partially blaming his 19-year-old Juventus team-mate Moise Kean for the racist abuse he received in a Serie A match against Cagliari, as well as condemning the racist chanting from Montenegro fans during the Euro 2020 qualifier with England.

Sterling paid for 550 students from his former school to watch City beat Brighton in the FA Cup semi-final at Wembley (Source: Getty)

After the latter incident, the 24-year-old called for nations to be given entire stadium bans if fans were guilty of racist abuse, while he recently suggested teams should receive point deductions.

Sterling has also criticised T-shirt and social media anti-discrimination campaigns for not doing enough as he and fellow professionals seek a long-term solution to give younger players the chance of a future free from abuse.

“We’re trying, not just me, to make a change that in 10 years’ time younger players won’t have to think about a match and dare to be abused because the fans at that stadium will know what the consequences will be,” he said. “That’s the goal for me and every other player I’ve spoken to, people at the club, and we’re trying to get something in place so people have to think twice before they say something like that.”

Along with his mission to eradicate racism from football, Sterling cemented his position as a leading role model by buying 550 tickets to City's FA Cup semi-final with Brighton for students at his former school.

Virgil van Dijk has been integral to Liverpool's transition to the best defence in the league (Source: Getty)

This week he also offered to cover the funeral costs for Crystal Palace youth player Damary Dawkins, who passed away last month from leukaemia aged 13.

Ultimately, the City forward has lost out in the award stakes to Van Dijk, whose contribution to the best defence in the league is undeniable, helping Liverpool to keep 17 clean sheets so far and the concession of just 20 goals.

But Sterling's efforts to make football a fairer, more equal game, free from abuse, combined with what looks set to be his best-ever season, means his almost unprecedented contribution to the future of the game makes him much more than just the player of the season.