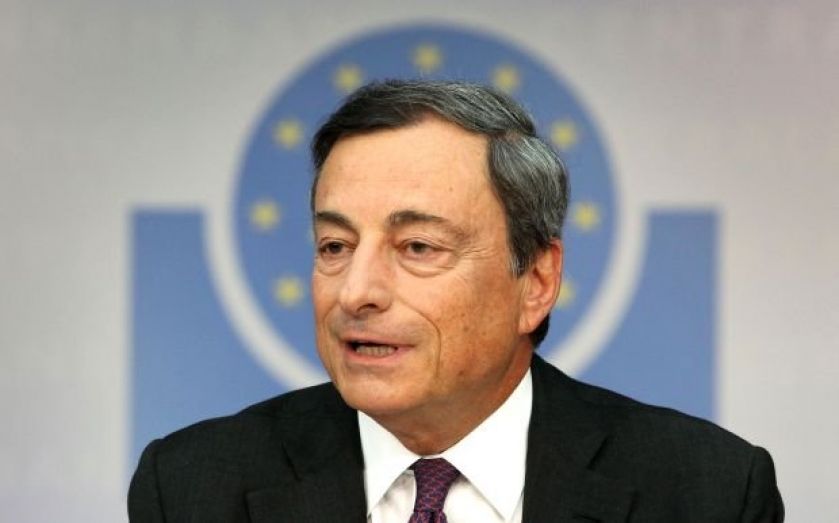 It seems as if the European Central Bank (ECB) has been debating whether to head down the QE path forever. ECB-watchers have been reduced to pondering what the shade of Mario Draghi’s (usually blue) tie might mean for future asset purchases.

But no matter how reluctant Draghi might be to label it as such, this week, the central bank is expected to announce the details of its first round of what many are reading as private sector QE. When first announced, the mass buying of private sector assets seemed to be the fillip markets had been hoping for – especially as, if it follows the pattern established by the US Fed, public sector asset purchases may follow soon after (within six months, according to Mark Wall, chief economist at Deutsche Bank).

Yet is this really the best thing for the increasingly stagnant economies of the Eurozone? The widening of Eurozone government bond spreads last week, following yet more weak economic data for the single currency region, suggests both markedly less confidence in the region’s weaker economies and reduced expectations of a QE bazooka. Further, the example of Japan, which had its worst economic quarter since the 2011 earthquake in April to June this year, is rapidly becoming less encouraging. If there were huge confidence in the ECB’s ability to deliver the right kind of economic stimulus, why would slightly weaker data deliver this reaction in the bond markets?

Of course, the ECB cannot do everything, and the market reaction is partly due to an increasing lack of confidence in politicians’ ability to deliver the fiscal and structural policies that would reduce the need for asset purchases.

Yet there are also valid concerns about the disconnect between the cheap money pumped into the European banking system and the take-up by the real economy. Loans to non-financial borrowers are still slowly falling, as deposits rise, and this appears increasingly to be down to lack of demand. If businesses are feeling confident, why are they not borrowing to fund their future expansion?

And if the ECB, as expected, plans to buy top quality asset-backed securities and covered bonds, this may reduce the amount of the best quality assets held by banks, just as the crucial asset quality review focuses attention on who is holding the least secure assets.

There is also the question of whether the ECB will find enough assets in this round to meet its targeted €1 trillion growth of its balance sheet. With a worse-than-expected take-up of its targeted longer-term refinancing operations programme, it may be forced to expand beyond the private sector remit faster than planned.