Prudential RideLondon 2015 route map: Where and when to watch the race, the road closures to avoid and everything you need to know about this weekend’s cycling event 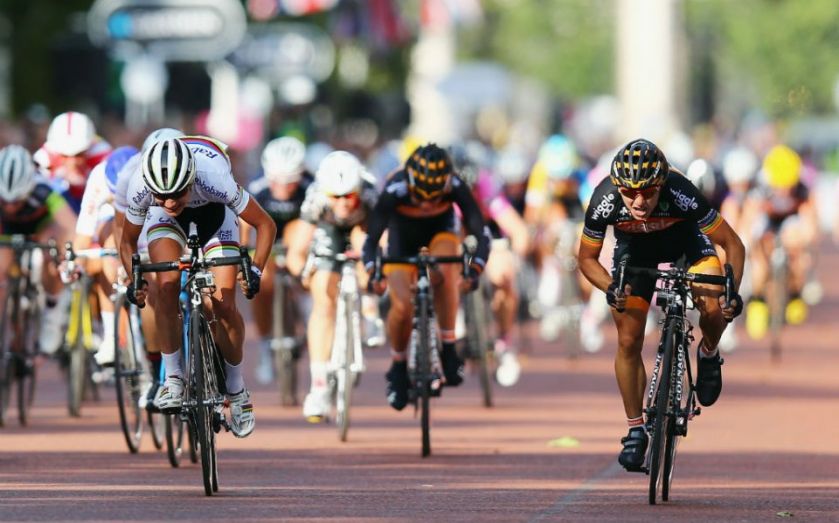 It’s that time of year again, when the city takes to the roads for the Prudential RideLondon cycling event.

Nearly 100,000 riders are expected get on their bike over the weekend, including Tour de France superstar Sir Bradley Wiggins, and fellow pro-cyclists Mark Cavendish, Andre Greipel, Laura Trott and Dani King – along with plenty of those who may not be quite at the elite athlete level.

The Grand Prix is the an elite race that will take cyclists on a flat 1.3 mile loop around St James’s Park near Buckingham Palace and kicks off at 6pm today.

The Surrey Classic will host 150 professional cyclists including Wiggins and Cavendish racing along a 200km (124 mile) route from Horse Guards Parade in central London, tomorrow from 1.30pm. They will head through south west London to Richmond park, then Kingston and the Surrey countryside, including Walton on Thames, Weybridge, Ripley and Dorking, taking in Leith Hill and Box Hill.

As if that wasn’t enough, they’ll then head back into the capital through Leatherhead, Oxshott and Esher, to the finish line at Buckingham Palace at around 6.30pm, via Raynes Park, Wimbledon, Putney Bridge, Chelsea and Westminster.

Check out the route below to find a spot to watch. For anyone not able to watch them whizz past in real life, the race will also be broadcast on the good old BBC.

Around 30 elite handcyclists will take to the roads tomorrow morning at 8.30am for the Handcycle race, starting on the 15 mile route from Kingston’s ancient marketplace, through Raynes Park, Wimbledon and Putney to finish on The Mall at around 9.15am.

Finally, before the pros take to the hills of Surrey, amateurs will test their cycling mettle on a similar route on tomorrow morning in the London-Surrey 100 race. Starting from the Olympic Park in east London at 6am, they'll race out into Surrey and back again to cross the finish line on The Mall. The ballot to take part has closed, but there is plenty of opportunity to support those taking part.

The roads of the capital will close to traffic to make way for anyone who wants to cycle around the city today between 9am and 4pm. The eight-mile route in central London takes in parts of the Square Mile, Strand and St James’s Park, with a host of cycling related events and activities dotted along.

Roads will be closed across the weekend to make way for cyclists – bad news for anyone travelling through the capital (bus routes will be affected) but the perfect spot to stake a claim in and witness the races go by.

Between 7am and until around 8pm, that includes: Chelsea Embankment, Grosvenor road, The Mall, Millbank, Parliament Street, Whitehall,

The Mall, where most riders will cross the finish line, will be closed from 7am on Friday until 6am on Monday. Several bridges in London will also be closed at certain times throughout the day. Check out Tfl for the full details.

For details of the closures outside of central London, check out the RideLondon in depth maps for each area.