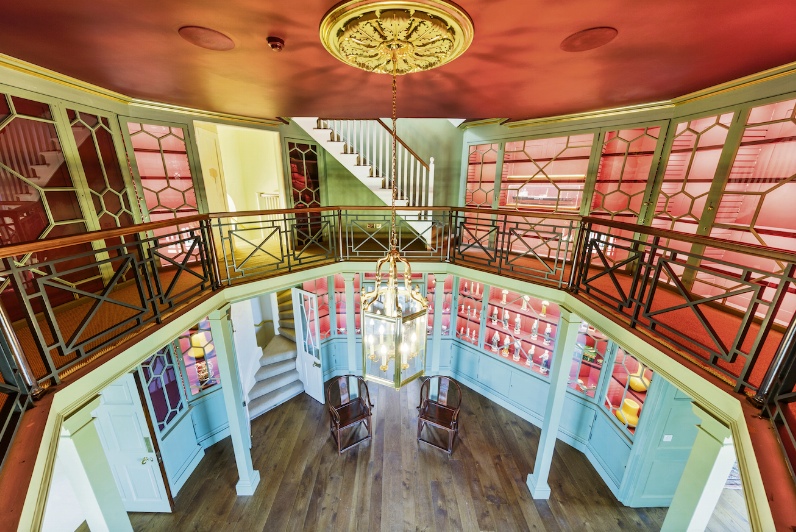 Live like royalty next door to Kew Gardens in this extraordinary house built for King George III.

Owned by the Crown Estate, the house is leased to a businessman who lives between Hong Kong and London, but it’s now available to rent for the first time in its 250-year history.

The King’s Observatory was built in 1769 and is Grade I Listed by English Heritage. The magnificent building was designed by architect Sir William Chambers, who is known best for Somerset House and the Pagoda at Kew Gardens. Period features include a library stocked with 12,000 books, the original display cabinets where the King kept his scientific instruments and, most impressive of all, a fully-functional revolving dome observatory that’s the oldest of its kind in the world.

“I think [the tenant] is going to be someone coming over from the Middle East or China, but it might well be someone from America, who would be interested in it from a historical perspective,” says Amelia Redington at Jackson-Stops London, the agent handling the let.

One of its living rooms with portraits of its royal inhabitants

Located in Richmond’s Old Deer Park, the entrance is reached by a private drive that runs through the Royal Mid-Surrey Golf Course. The King’s Observatory also overlooks its own lake, home to ‘a wide range of wildfowl’, with a Portland stone boathouse.

The leaseholder finished a refurbishment a couple of months ago, bumping up the security system, an integrated audio-visual system, climate control and three covered parking spaces.