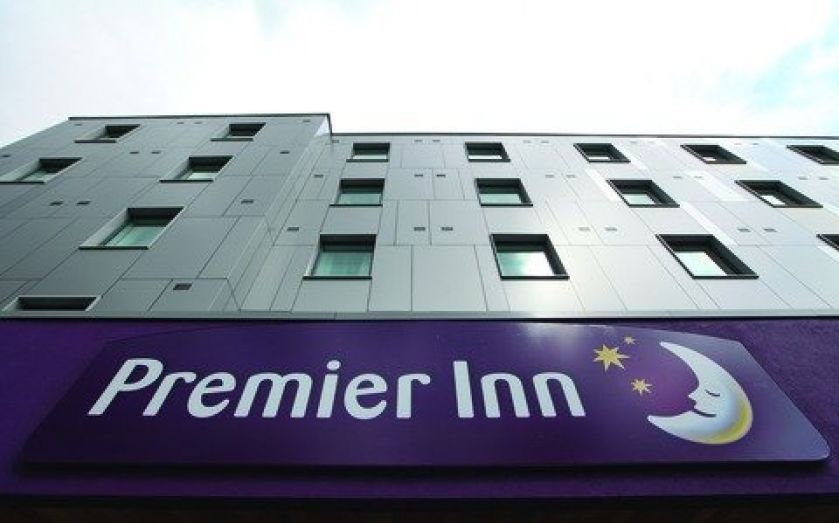 Profit slipped at Premier Inn owner Whitbread in its latest half-year as the company grappled with a weak UK travel market after selling coffee chain Costa to Coca-Cola last year.

Pre-tax profit fell 7.1 per cent to £220m, down from £237m this time last year, due to a weak UK travel market, high industry-wide inflation and Whitbread’s large investment in Germany.

Revenue was broadly flat at £1.08bn for the six months to the end of August. Total UK accommodation sales dropped 0.6 per cent, or 3.6 per cent on a like-for-like basis.

However, basic earnings per share actually rose 1.9 per cent to 104.3p while Whitbread maintained its interim dividend at 32.7p.

“The loss of business travel, particularly regionally, is really hurting Premier Inn. Sending staff away on business is a soft option to scale back when firms are steeling themselves to cope with the current uncertainty,” he said.

Interactive Investor’s head of markets, Richard Hunter, said that while Whitbread has lost the “turbocharge” effect of Costa, it is well poised to benefit from an economic upturn.

“In addition, a continued focus on costs and streamlining should leave the company in better shape to weather the challenges ahead, while the introduction of Premier Plus rooms is an interesting development,” Hunter said.

However, he warned: “With the real potential of economic clouds on the horizon, the market consensus of the shares has now swung to a sell in the absence of any sustained cheer from the company.”

Bright spots included upgraded Premier Plus rooms and Whitbread’s growing expansion in Germany, with its pipeline growing 25 per cent to 7,280 hotel rooms over the last year.

But Germany’s economic slowdown could undermine Whitbread’s solid rate of expansion in  the country, analysts warned.

“Its ability to build on this success could be impacted by the economic slowdown in the country,” Mould said.

“Investors will hope innovations such as Premier Plus higher specification rooms can pay off for the business which at least has a strong balance sheet to weather any storms thanks to the proceeds from the Costa deal.”

Shorter-term trading conditions in the UK regional market have been difficult, particularly in the business segment where we have a higher proportion of our revenue, whilst trading in London remained strong. Against this challenging backdrop, we have a number of activities underway which continue to build our brand strength as the UK’s favourite hotel chain2.

We are enhancing and optimising our UK hotel network and have successfully trialled new higher specification ‘Premier Plus’ rooms  in two hotels, with fantastic customer feedback. We are on track to have 500 Premier Plus rooms this year, with ambitions for a total of 2,000 over the next year. We have also made good progress in delivering our ambitious efficiency targets, helping to offset part of the ongoing industry-wide inflation.