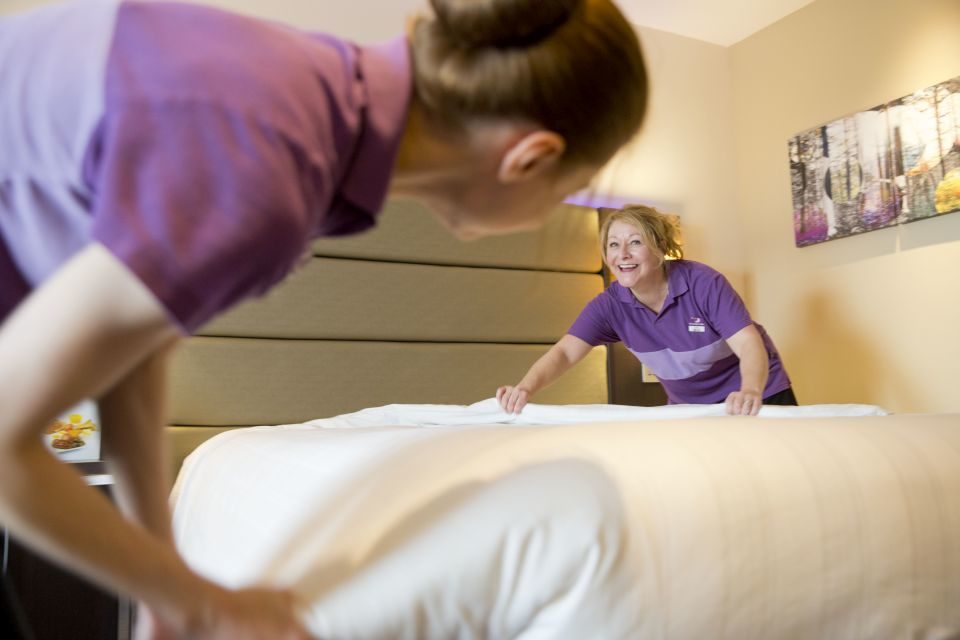 Whitbread today revealed profits have plummeted 40 per cent since the £3.9bn sale of its Costa coffee chain to Coca-Cola last year.

Profit before tax at the Premier Inn owner slumped 39.1 per cent year on year to just £260m in its 2019 financial year, down from £436m last year, as it misses the income from its high street chain.

Basic earnings per share rocketed 751 per cent thanks to the sale, with investors pocketing 2,040p per share compared to 239.7p last year.

Having completed the sale of Costa in January, analysts today said Whitbread is in need of a caffeine kick as it warned of weakening demand on the horizon.

Investors were told to look forward to a June share buyback of up to £2.5bn, but today Whitbread warned that its Premier Inn hotel chain is under pressure amid increased competition and Brexit caution.

Whitbread also blamed falling business and leisure confidence in its fourth quarter amid further delays to the Brexit process, warning that this has extended into April amid “an acute period of political and economic uncertainty”.

The firm warned in January that it will not grow profit in 2019-20 due to these factors.

But despite Whitbread’s loss-making German operations, he added that the firm is in a strong financial position thanks to its Costa disposal.

“Like the UK, the German economy isn’t firing on all cylinders right now, but cyclical swings are outside the control of Whitbread, and are simply part and parcel of the hotel business,” Khalaf said.

“If big beasts like Premier Inn are feeling the pinch, things must be pretty painful for smaller operators, so longer term that may create even greater market share for Whitbread as independent competitors raise prices, drop standards, or shut up shop.”

Chief executive Alison Brittain said: “We have repositioned Whitbread as a focused hotel business by delivering our three strategic priorities to grow and innovate in the UK; focus on our strengths to grow internationally; and to enhance the capabilities required to support long-term growth.

“Despite the short-term market challenges, our strong competitive position, ongoing disciplined allocation of capital and focus on executing our strategic plan will ensure we continue to win market share from the declining independent hotel sector in the UK and Germany. This will deliver sustainable growth in earnings and dividends, combined with our strong return on capital over the long-term.”