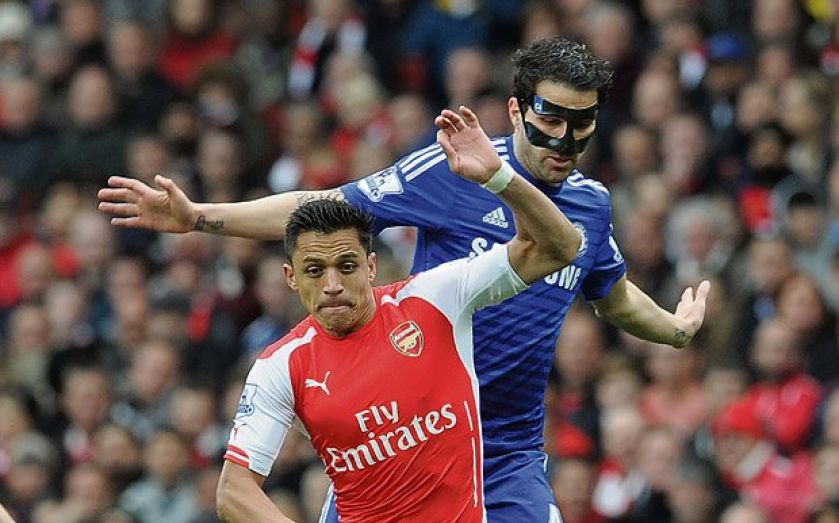 Two victories will see Chelsea claim a first top-flight gong since 2010, an accolade which could be secured against Crystal Palace at Stamford Bridge on Sunday if relegation-threatened but in-form Leicester are dispatched on Wednesday.

The stalemate halted Arsenal’s eight-game winning streak in the league, while Gunners boss Arsene Wenger remains without a victory over Mourinho in his managerial career, spanning 13 games.

The visitors’ object lesson in avoiding defeat brought cries of ‘Boring, boring Chelsea’ from the home fans, frustration which Mourinho was keen to deflect onto his perennial adversary Wenger.

“I think boring is 10 years without a title, that’s very boring,” Mourinho quipped, referring to Arsenal’s lack of Premier League success since the Invincibles campaign of 2003-04.

“Maybe the Arsenal fans were not singing to us, because when you’re at home and you want to win the game, and you take your No9 [Olivier Giroud] off, maybe the home fans want more.

“I think we have a very good performance. This boring team is the team with the second most goals in the Premier League and the best team in terms of goal difference.

“We need to win five points to be champions. If we do that, and I think we are going to do that, we will be champions being top of the league since day one.”

Chelsea fashioned the first opening after 16 minutes, Oscar lifting the ball over Arsenal goalkeeper David Ospina, who clattered into the Brazilian, only for right-back Hector Bellerin to head the goal-bound effort clear.

The visitors had another penalty claim moments later, but former Arsenal skipper Cesc Fabregas was booked for diving following a challenge by Santi Cazorla.

Arsenal, who shaded the play in a frantic first half, saw Mesut Ozil shoot straight at Chelsea stopper Thibaut Courtois, as they attempted to breach Chelsea’s defence for the first time in five meetings.

Defender Per Mertesacker wasted a glorious chance when he slashed wide through a host of bodies, while Santi Cazorla dragged a shot past Courtois’ post, leaving third-placed Arsenal level on points with Manchester City, but trailing Chelsea by a seemingly unassailable 10 points.

“Chelsea are not champions yet but they will be. It is impossible to lose it now,” said Wenger. “They made the difference in the first part of the season compared to us. I think we have closed the gap since the start.”