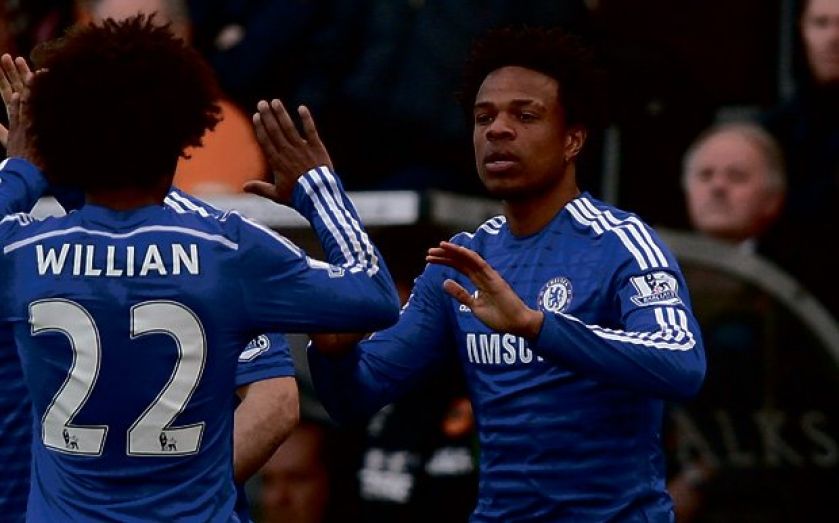 The Blues needed a late winner from substitute Loic Remy after squandering an early two-goal lead, earned by Eden Hazard and Diego Costa, as Hull replied through Ahmed Elmohamady and Abel Hernandez. Victory increased their advantage over second-placed Manchester City, over whom they also have a game in hand, and means only a spectacular collapse is likely to deny them the title.

“The title race should be over; in normal conditions Chelsea should have eight, 10 or 12 more points than we have but football is unpredictable,” said Mourinho.

“At this moment we have a six-point lead with one match in hand, which could help us or not. I’m pretty confident, I believe in my players, I believe we can do it but I know it’s difficult.”

Mourinho’s relief was tainted by the return of leading scorer Costa’s persistent hamstring troubles, which forced the Brazil-born Spain international out and Remy, decisively, on.

“He has that fragility, we know his hamstring is not a strong one.” he added. “He works hard in the week to compensate for the weakness he has there but the injury can come.”

Hazard struck his 16th goal of a vintage season after less than two minutes, picking up the ball 40 yards out and scurrying to the edge of the box with three defenders in tow before lashing past Alan McGregor.

Seven minutes later it was two, this time Costa cutting in from the left channel and swerving a wicked right-footed shot around Michael Dawson and into the far corner for his 19th goal in 23 league games.

The Blues looked to be coasting, but Hull, who had already ruffled Chelsea centre-backs John Terry and Gary Cahill, equalised in a whirlwind 74-second spell just before the half-hour.

Midfielder Cesc Fabregas could have won it for Chelsea when he dragged a shot wide, while Courtois pulled off a triple save before Remy struck, his shot squirming through the diving McGregor’s legs.