In praise of Simon Danczuk MP: A Great British contrarian who can’t be silenced 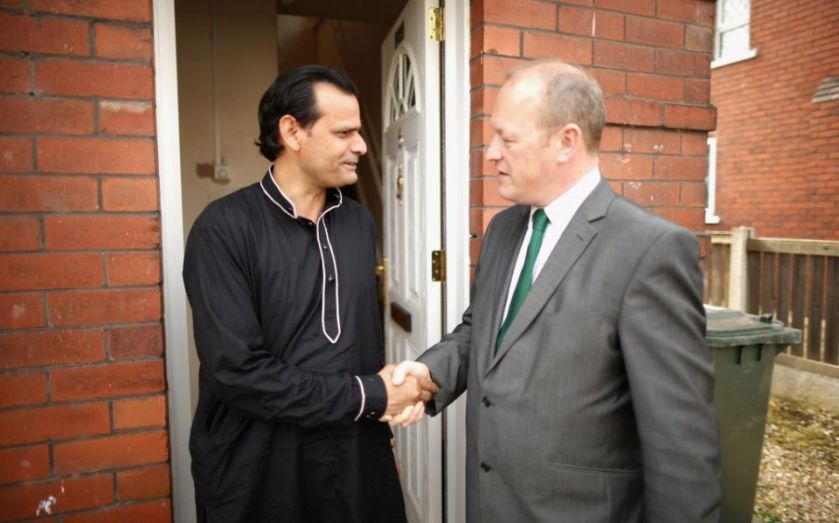 Disruption is in vogue. Airbnb, Uber and BlaBlaCar are all cases in point. Their tech-savvy founders are turning conventional wisdom on its head to deliver services to customers in new ways. This is laudable and exciting. It is also about more than making money. Take Elon Musk, arguably the most daring entrepreneur of our time. He could have chosen to enjoy the fortune he made after the sale of Paypal, but he opted instead to plough his millions into space exploration and establishing Tesla – a manufacturer of stylish electric cars. He appears to be more interested in reimagining the world we live in than making a quick buck. Many would regard Musk and his ilk as oddballs. Others see them as visionaries. What is unquestionable is that they all go against the grain. But what about British public life? Where are the figures that swim against the tide to champion their beliefs and, in doing so, demonstrate independence, courage and sacrifice? Each year, the Contrarian Prize seeks to recognise such people, with nominations coming from the public. This year’s winner is Simon Danczuk, the outspoken and independent-minded Labour MP who exposed the paedophilia of former Rochdale MP, Cyril Smith. In “Smile for the Camera”, a book Danczuk co-authored, he argues that Smith could not have acted alone, and subsequently piled pressure on the home secretary to establish a wide-ranging and credible inquiry into child abuse. But Danczuk is being recognised for much more than that. George Orwell in 1984 states that one of the two aims of the party is to “extinguish once and for all the possibility of independent thought”. This is not a prescription that Danczuk adheres to. Following the election of Jeremy Corbyn as Labour leader, he has been forthright in voicing his concerns about the state of his party. And there are a lot of them. He has broken ranks by criticising Corbyn for refusing to sing the national anthem, for flirting with not wearing a red poppy on Remembrance Day, and for appointing “an IRA sympathiser to the second most important job in Opposition”. At a deeper level, he frets about the roots of the Labour party “withering” and that it “is losing touch with fundamental values that shape our English identity”. He is prepared to stand as a stalking-horse candidate against Corbyn if the party performs badly in the local elections in May. That is driven by his fear that Labour is “heading back to the patronising paternalism of the 1980s”. He has argued that the party has been captured by a cult that believes that a “high taxation, anti-business, run-down-our-army position is a winner”. “We’re returning to the class-based bigotry of the past when hurling abuse at the better-off was preferred to empowering working people to get on in life and achieve,” he says. Danczuk has his detractors. But as the late Christopher Hitchens pointed out, “don’t expect to be thanked. The life of an oppositionist is supposed to be difficult.” More important than the tittle-tattle of who he may or may not be stepping-out with is that Danczuk has taken on the British establishment and risked his own career by challenging it. He cannot be silenced or bought off. For that, he must be applauded.