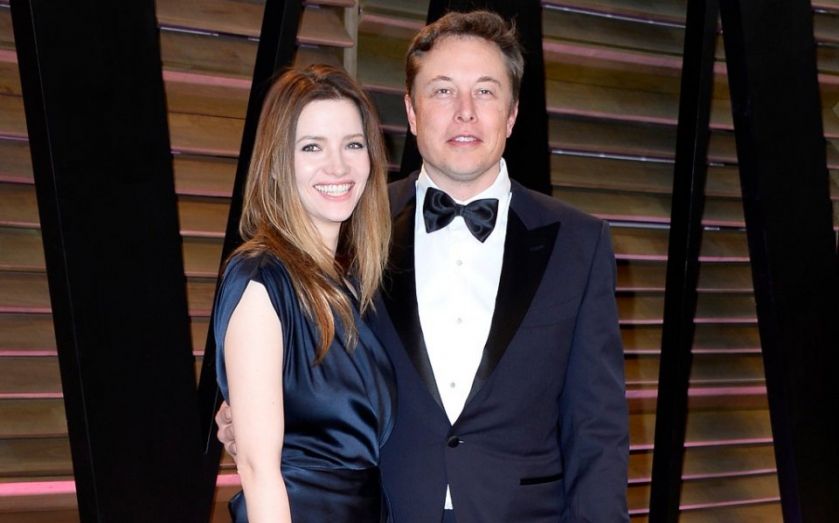 It can't be easy living with a multi-billionaire with so many ideas that he has to offer some of them to other people because he doesn't have time to take advantage of them all.

The couple has filed for divorce for the second time, after they remarried in July 2013, following their first divorce in January 2012.

Although the couple's split is less public than last time (when Musk tweeted "It was an amazing four years. I will love you forever"), this time around the divorce is no less amicable. According to a joint statement, Musk has agreed to give Riley $16m in cash and other assets, based on a pre-nup.

But his personal life has been more tumultuous. He spent eight years married to Canadian novelist Justine Musk – although after the couple split in 2008, Musk described herself as his "starter wife".

Her ensuing blog, about the divorce, became an object of fascination for thousands of readers. Here's a taste – unfortunately, as she showed last time, Riley is unlikely to follow suit…

This is what I asked for, from my ex-husband and the father of my five children Elon Musk, who is a billionaire and likely to become one of the wealthiest men on the planet.
The house
alimony and child support
6 million cash
10 percent of his stock in Tesla
5 percent of his stock in SpaceX
(and he retains all voting rights)
and a Tesla Roadster (I really, really want one…)
Is that what I deserve? I don't know. Who exactly deserves that kind of wealth? But based on our life and history together, is that reasonable? I think so. And I want to do good things with it (and bring my parents down from Canada so that they can live near their grandchildren).