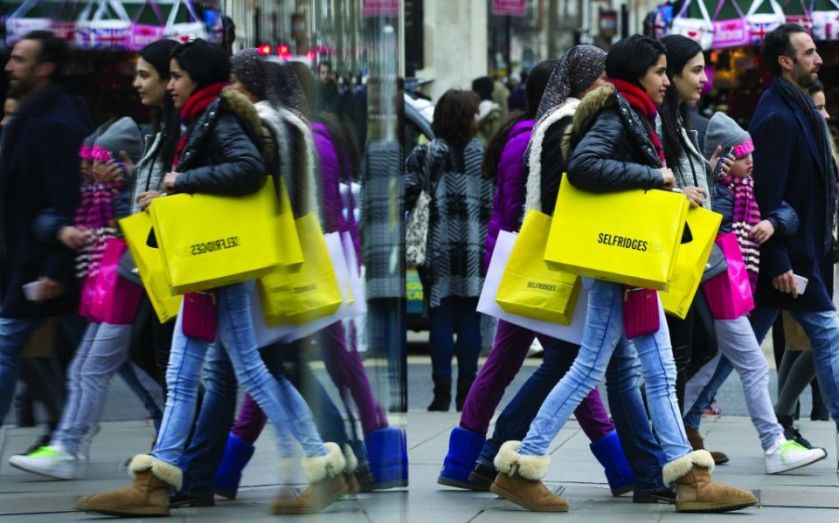 Inflation fell to a record low in January, giving a welcome boost to hard-pressed households – but a group of economists warned the drop will harm­ the government’s finances, because tax receipts rise when prices go up.

Prices rose by just 0.3 per cent in the 12 months to January, the Office for National Statistics said yesterday, which was the lowest increase since the consumer price index began in 1989.
The sharp fall in oil prices and fierce competition between supermarkets could even push overall prices down in the coming months. Food prices fell 2.8 per cent in the year, while motor fuels dropped 16.2 per cent.
Although that is good for households, who are at last seeing wages rise faster than prices, it may be tough on the government finances.
Some elements of government spending are linked to inflation, but tax revenues also vary with prices.
“Some benefits spending increases will go down, but the state pension is subject to the triple lock, so pensions will rise faster than inflation,” said Scott Corfe from the Centre for Econ­omics and Business Research (CEBR).
The triple lock sees pensions rise by the highest of inflation, wages or 2.5 per cent.
“Inflation will also hurt tax receipts – excise duties are linked to inflation, and if prices aren’t rising then VAT receipts will stabilise. So in a way it is a bit of a problem for the chancellor,” said Corfe.
A fall of one percentage point in prices could push the benefits bill down by as much as £1bn, according to ball-park figures from the Institute for Fiscal Studies, but the impact through VAT and income taxes – if wages are suppressed by very low inflation – far outweighs the fall in benefits spending.
Economists believe prices are set to fall in the 12 months to March.
“While only E.On’s cut to gas prices came into effect in January, the other utility companies’ price cuts should feed through between now and April,” said Paul Hollingsworth from Capital Economics. “We still think that the UK will experience a brief period of deflation around March or April.”
Share