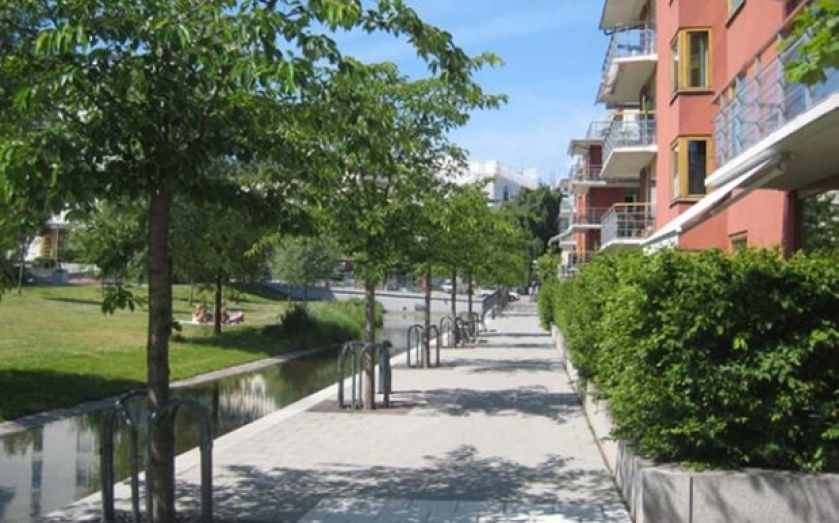 The Wolfson economic prize and the £250,000 that comes with it were awarded to urban planner David Rudlin last night, for his design of a new garden city.

The prize was offered to the best design of a new city, set up by Lord Simon Wolfson and organised by think tank Policy Exchange.

Rudlin, who heads the URBED planning consultancy, submitted a design which involves doubling the size of an existing city, rather than building a new one entirely. The plan for a city codenamed Uxcester is based on dramatically enhancing the capacity of a city the size of Oxford, with an existing population of around 200,000.

Based on the population size required, Rudlin suggests there could be as many as 40 towns and cities in the UK which would be appropriate for a similar large-scale development. Canterbury, Guilford, Reading, Exeter and Poole are all mentioned as having roughly the right potential.

Rather than simply expanding the outer edges of the existing towns, Rudlin proposes that smaller urban areas are set up within 10 kilometres of the existing area, with rapid and frequent public transport links.

Trevor Osborne, the chairman of the five judges who picked the winner, said that housing charity Shelter was identified as an entry deserving second place. The group proposed an entirely new town in Kent’s Hoo Peninsula.