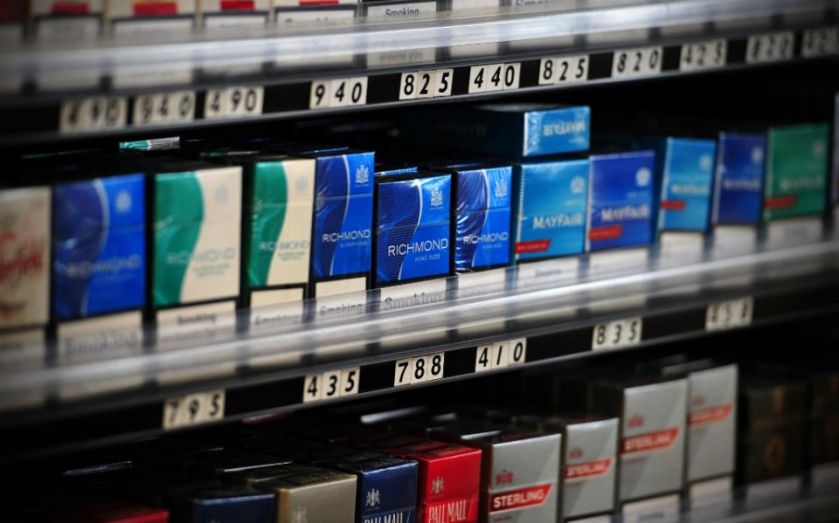 The world's biggest tobacco firms have vowed to fight the UK government in the courts after MPs voted in favour of plain packaging which will see branding disappear from cigarette packets.

British American Tobacco (BAT), Imperial Tobacco and Japan Tobacco International (JTI), have threatened legal action against the move which they believe is unlawful.

BAT, the maker of Lucky Strike, will begin a legal challenge against the UK government if the legislation gains final approval in the House of Lords.

"This legislation is a case of the UK government taking property from a UK business without paying for it. That is illegal under both UK and European law," said BAT's director of corporate affairs Jerome Abelman.

"Legal action is not something we want to undertake, nor is it something we enter into lightly, but the UK Government has left us with no other choice after running what can only be described as a flawed consultation process. Any business that has property taken away from it by the state would inevitably want to challenge and seek compensation.”

“Today’s decision by the UK Government to arbitrarily ban the use of tobacco-related trademarks is an irrational and unnecessary attack on private property that vilifies products that well informed adults choose to buy," said Philip Morris corporate affairs director James Barge.

"While we respect a government’s authority to regulate in the public interest, we and the public expect them to do so based on evidence, taking account of fundamental values such as private property, equal treatment and consumer choice. Following this decision, we are prepared to protect our rights and to seek fair compensation for the value of our property," said Barge.

Japan Tobacco International (JTI), which makes Silk Cut and Camel brand cigarettes, accused the government of rushing through the policy and using the General Election as "the finishing line".

“This divisive legislation has been rushed through Parliament, with little regard for proper scrutiny and debate. Regulators have disregarded the results of public consultations, evidence reviews and impact assessments, not to mention the overlap with other legislation such as the ban on displaying tobacco in shops and the wide-ranging EU Tobacco Products Directive," said JTI UK managing director Daniel Torras.

"The Government is using the General Election as the finishing line and has hurried this policy along, stifling debate among MPs and giving little opportunity for opposing views to be aired,” he added.

Imperial Tobacco director of corporate affairs Axel Gietz said: “We have a fundamental right to differentiate our brands from those of our competitors and, should plain packaging pass into law, we would regrettably be left with no choice but to defend our legal rights in court.

“No-one starts or continues to smoke because of the colour of the pack. We know from the real-world experience in Australia that it won’t change consumption trends or reduce youth smoking but will play into the hands of criminals who profit from illicit trade," he added.

Health campaigners who have long battled for laws banning branding, have heralded the vote as a major victory.

“The government, and MPs from all parties, are to be congratulated for resisting the bully-boy tactics and misinformation of the tobacco industry and for implementing the most important public health reform of this Parliament,” said the chief executive of the charity Action on Smoking and Health (ASH).