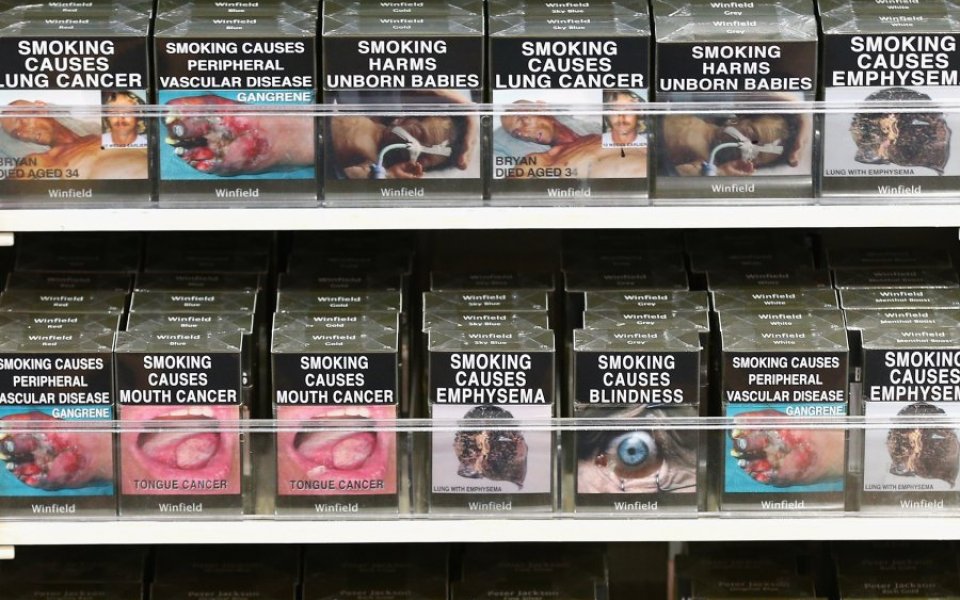 Major tobacco firms are taking up arms against the UK government’s bid to remove all branding from cigarette packages in a landmark hearing opening in London tomorrow that’s set to have a domino effect across the world.

When the new rules come into force in May 2016, tobacco firms will be forced to sell their cigarettes in unadorned brown packs, with logos replaced by images of the diseases smoking will cause.

But Big Tobacco isn’t going down without a fight, and through the six-day hearing starting tomorrow the industry is hoping to prevent the UK from banning their logos and brands from packaging.

Intellectual property experts suggest they may struggle to convince the court, however, as Enrico Bonadio, professor at City Law School, said to City A.M.:

What trademark registrations offer is the negative right to prevent others from exploiting their brand. This will still be there with the new rules: the government does not touch this right.

This latest public health measure follows on a series of anti-tobacco legislation, like the advertising ban and the display ban at sales points. Branding on the cigarette pack itself is essentially the tobacco industry’s last visible communication to consumers – and tobacco giants are getting understandably antsy.

As well as attacking the UK government for expropriating their intellectual property rights without payment, tobacco companies also argue that plain packaging isn’t an effective way of improving public health, as British American Tobacco said in a statement to Bloomberg:

The UK government made a serious error of judgment by failing to properly take into account the Australian government’s own data, which shows that plain packaging is not achieving its public-health objectives.

Big Tobacco has already fought this case once before, and lost. When Australia introduced plain packaging legislation in 2012, the country’s high court ruled that it did not infringe on tobacco firm’s rights.

If the industry loses again in the UK, plain packaging on cigarette packs could become unstoppable internationally.

Bonadio described the hearing as a “very important case” likely to have a domino effect across Europe, and further afield. Ireland has already agreed to plain packaging rules, and 20 other countries, including France and Belgium, are also considering to introduce similar legislation.