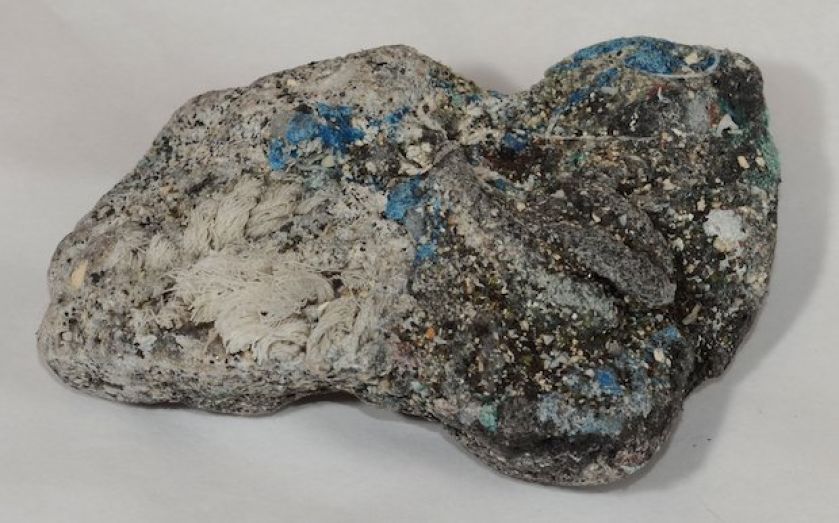 A study has found that new rocks have formed out of melted plastic.

Researchers from the University of Western Ontario have been analysing the material which forms when melted plastic mixes with sediment and lava fragments to create a completely new kind of rock.

The plastiglomerates, as they’ve been dubbed, have so far only been found at Hawaii’s Kamilo beach, which is known for its absolutely huge volumes of rubbish.

But geologist Dr Patricia Corcoran, who led the research, believes they exist in many other places around the world – it's just that they haven't been documented yet. 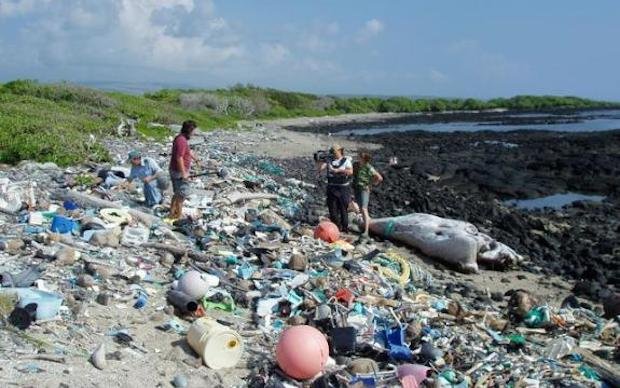 It's impossible to avoid plastic on Kamilo beach (Source: Wikipedia)

It has been posited before that plastic had been melted by molten lava to form the new rock, but this latest research finds that no lava has flowed near the beach since plastics were invented, suggesting it's the plastic that's melting, via burning activity by humans, then flowing into larger rocks and cementing things together.

There are two kinds of plastiglomerates: in situ and clastic. Clastic is just when plastic melts, sticking together sediments, shells and debris, etc – essentially big clumps of beach waste.

In situ is the rarer kind: the plastic melts and becomes incorporated into rock outcrops.

Because plastic doesn’t degrade, these new rock forms will most likely stay on the record, becoming part of the so-called Anthropocene era – where human activity on the earth leaves permanent evidence.

This new stone is an example of a material formed through anthropogenic activity (burning) in response to an anthropogenic problem (plastics pollution), and could lead to the formation of a distinct, but dismal marker horizon in the future rock record.