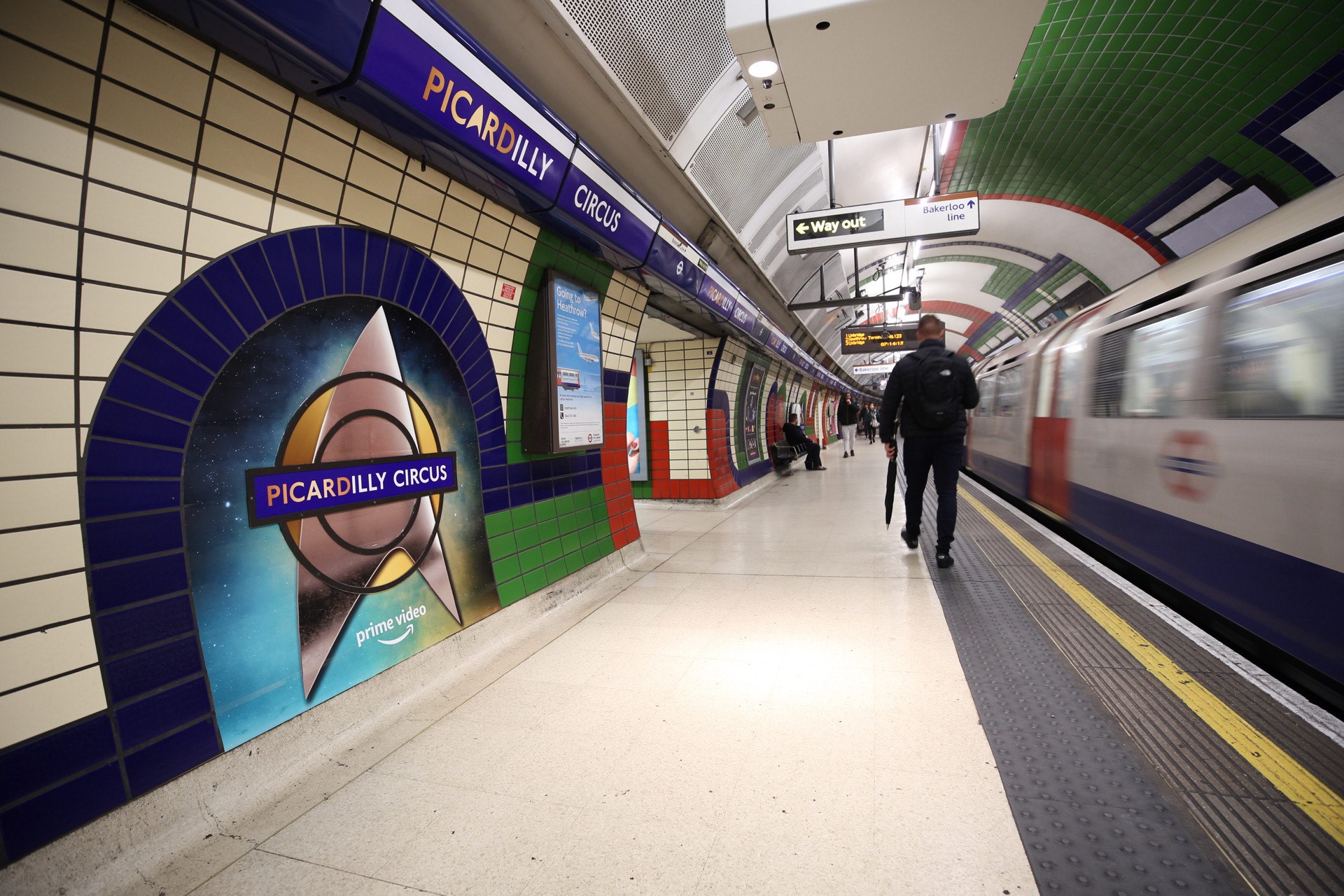 However, Trekkies can now enjoy a taste of the extraterrestrial thanks to a publicity stunt launched by Transport for London (TfL).

Read more: Experts unsure about the effect of air pollution on the Tube

For 48 hours Piccadilly Circus will be renamed PICARDilly Circus to celebrate the launch of Amazon’s original series Star Trek: Picard.

Commuters will also hear special public service announcements advising them to “take care when using stairs, escalators or transporters” while travelling through the station.

Buxton Water secured the first sponsorship deal in 2015, when it took over Canada Water station to coincide with the London Marathon.  Last year Westminster station was transformed into a jungle as part of a campaign for the Times newspaper.

Julie Dixon, head of customer information, design and partnerships at TfL, said: “We’re thrilled to partner with Amazon Prime Video to create this exciting takeover of one of London’s most well-known Underground stations to celebrate the launch of Star Trek: Picard.

“We hope that the out-of-this-world activity has brought a bit of unexpected fun to our customers and that they boldly go on their commute, young or old.”

The new series, which features Patrick Stewart returning to his iconic role as Jean-Luc Picard, will launch on Amazon Prime on 24 January.

The takeover will run at Piccadilly Tube station today and tomorrow.