Mention the name Philip Hammond in Westminster, and invariably someone will describe him as “a safe pair of hands”. The man who has been chancellor for three months had been largely inconspicuous in his role prior to yesterday’s conference speech.

But after almost two decades of a Treasury dominated by micro-managers and tinkerers, primarily in the form of Gordon Brown and George Osborne, is it not refreshing that the person now in charge might not be prone to continually dreaming up new wheezes?

An indication of the potential positives from a Hammond chancellorship came last week when he scrapped Osborne’s Help To Buy mortgage guarantee scheme. Politicians often get credit for new schemes, but abolishing misguided ones rarely receives the same reverence. Yet here was a classic example of a policy that sought to treat the symptoms of a real problem by throwing money at boosting demand. Everyone recognises that what is needed is more housing supply – or, at least, facilitating the conditions to enable it. So Hammond was right to call time on the measure.

Whereas the last chancellor was prone to gimmickry, using every Budget and conference speech to announce new policies for political gain, Hammond’s yesterday was spectacularly… well… dull. His main pitch seemed to be “I’m going to be different from Osborne”. In fact, there were some further signs that he might be more “the economists’ chancellor” than his predecessor. 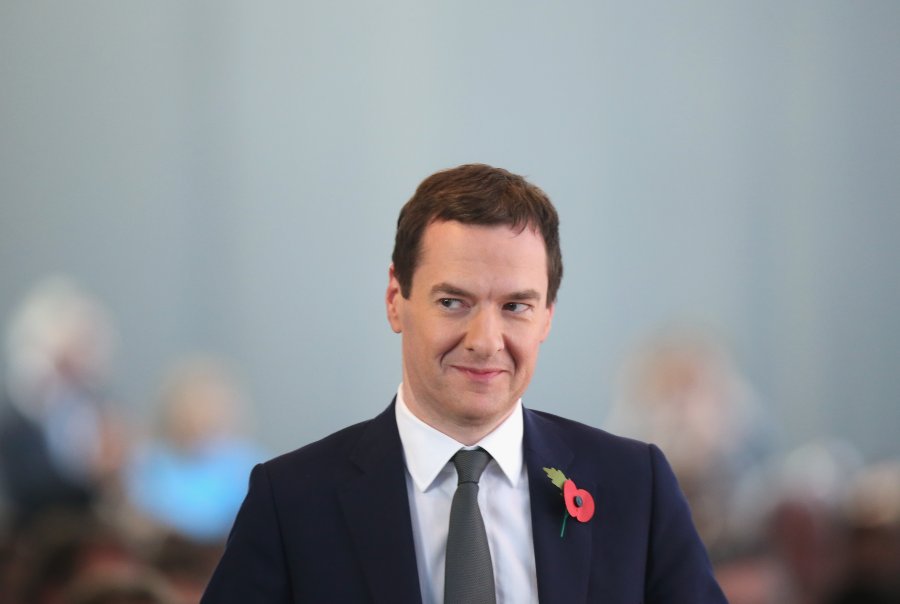 Hammond is breaking with the record of his predecessor (Source: Getty)

Osborne was right that, given future risks and the headwinds of an ageing population, eliminating the deficit and getting debt strongly on a downward path soon was highly desirable. But his “surplus rule” from 2020 – for the government to bring in more revenues each year than it spends – was an unnecessarily rigid framework which could have led to sharp one-off cuts to spending in years when the economy slowed without hurtling towards recession.

Hammond clearly thinks that that scenario is a risk given uncertainties surrounding Brexit. Given the negotiating period ahead and the large unknowns over a whole range of policy areas and how these might affect the public finances, a “wait and see” approach to avoid drastic unforeseen changes in spending is defensible.

But the main worrying aspect of Hammond’s speech was his assumption the government could fine tune any downturn using government investment spending. This spending can in theory be growth-enhancing (relative to leaving the funds in the private sector) provided it is spent prudently on high-value projects with high benefit-cost ratios. But as the record of governments here and abroad shows, this is often very much theoretical. There is even less evidence that, for open, highly indebted countries with flexible exchange rates, this type of spending can smooth economic fluctuations.

To see why it may not even help in the longer term, observe how many strategic road schemes (with ratios way above three) were deferred or cancelled in the 2010 Comprehensive Spending Review. Instead, politicians then and since have approved and continued with prestige projects like HS2 (with a ratio barely above one) and infrastructure activity designed to appease special interests. At the same time, of course, they block private sector investment in new runways – and in housing too, with stringent land use planning laws that effectively prevent development.

While it seems that Hammond will be a more sober chancellor than Osborne, we should hope that, in tackling Britain’s challenges, particularly on productivity, he will spend more time removing burdens which prevent investment and mobility rather than relying (as he implied) on new government programmes. I’d advise him: “don’t just stand there, undo something”.

Undo the thicket of complexities in our tax system by broadening bases and lowering rates. Undo the mess of the government’s approach to housing, where we tax the wrong aspects and land use planning laws drive up prices. And if he really wants to make the most of Brexit for the long term, undo the most damaging aspects of EU economic regulation by sunsetting the whole lot for a decade’s time – using the interim period to review and revise any existing legislation repatriated in Theresa May’s “Great Repeal Bill”.

This may not get you the glowing tributes of the political commentators as a “strategist”. It may not get front-page favourable headlines. But, in the long term, policies whose results are popular tend to be popular too.