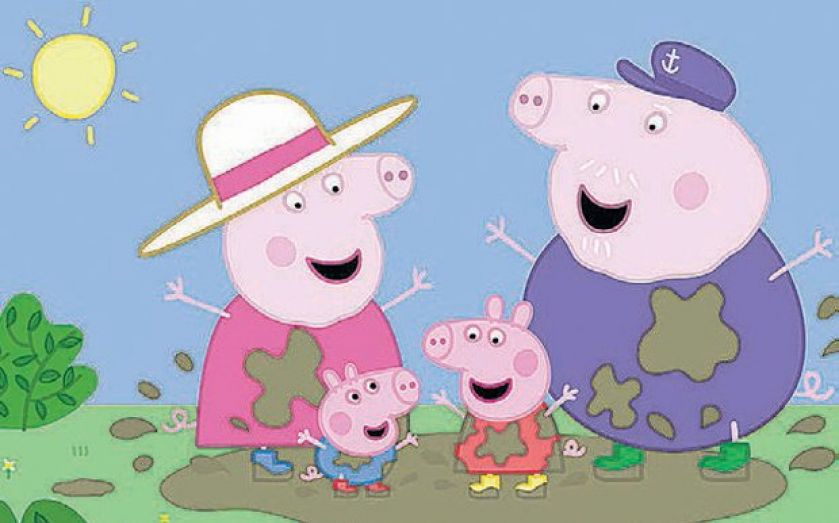 ENTERTAINMENT One, the FTSE 250-listed film and TV distributor, yesterday said it was on track to deliver full-year profits in line with expectations after reporting that revenues for the quarter to 30 June rose four per cent.

The firm said the sales of Peppa Pig merchandise – in the US soft goods sector, including bedding, towels, beanbags and cushions, as well as DVD sales – had been better than expected.

While film revenues fell four per cent due to the timing of releases, TV remained the key growth driver with revenues rising 67 per cent year-on-year, helped by the delivery of 37 half hours of content during the period, up from 26 last year.

“We believe increased recognition of the intrinsic value of the group being underpinned by a significant library of content combined with an international distribution infrastructure will continue to move Entertainment One closer towards the high end of our target price range at 370p,” said Cenkos analyst Marcus Tregoning.