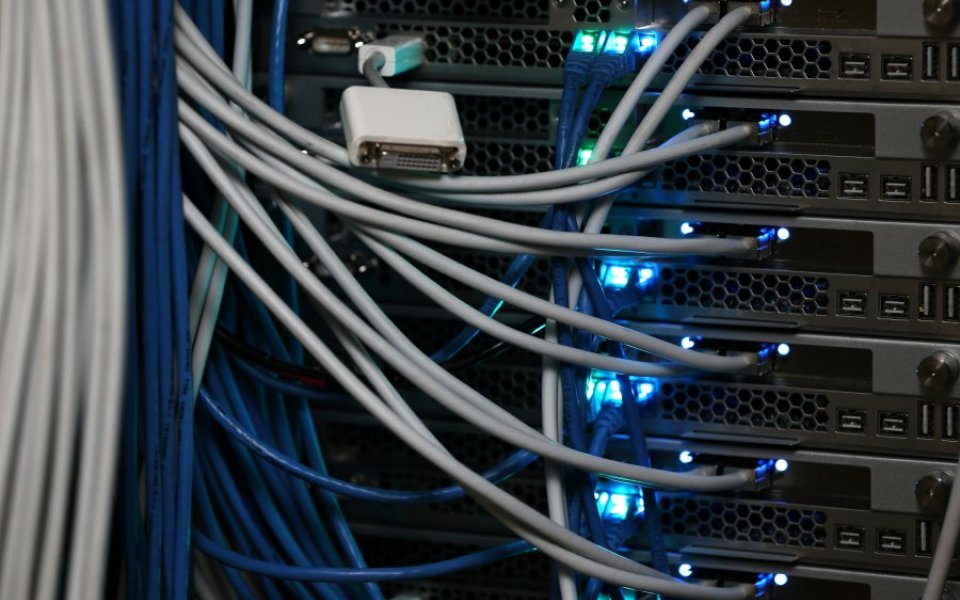 Terrorist organisation Islamic State (IS) is trying to develop capabilities to launch deadly cyber-attacks on the UK, chancellor George Osborne is expected to say today.

The chancellor will speak today, days after the group launched a series of attacks on Paris, killing 132 people.

Today he will announce the UK's investment in fighting cybercrime will double to £1.9bn a year by 2020, the BBC reports.

"They do not yet have that capability. But we know they want it, and are doing their best to build it," Osborne will say. "The stakes could hardly be higher. If our electricity supply, or our air traffic control, or our hospitals were successfully attacked online, the impact could be measured not just in terms of economic damage but of lives lost."

It also follows an explicit threat made by hactivist group Anonymous the day after the attacks took place. In a video, the group called Islamic State "vermin", adding: "Know that we will find you and we won't stop."

A man dressed in the V for Vendetta mask based on Guy Fawkes, which identifies the group, said: "We are launching the biggest action ever set against you. Expect many cyber attacks.

"This is war. Be prepared."

Yesterday, French President Francois Hollande told the country's parliament France "is at war", as he laid out his intentions to coordinate with the EU, US and Russia to raise their assault on Islamic State.

In Paris, US secretary of state John Kerry joined Hollande for talks, and said "tonight we are all Parisians" last night, as he labelled the terrorist group "psychopathic monsters". The US stands "shoulder to shoulder" with France, he said.

Here in the UK, armed police will be deployed at tonight's international friendly at Wembley stadium between England and France.

The fixture will be "no normal friendly", according to England manager Roy Hodgson, who said the match would primarily be an act of solidarity with France.