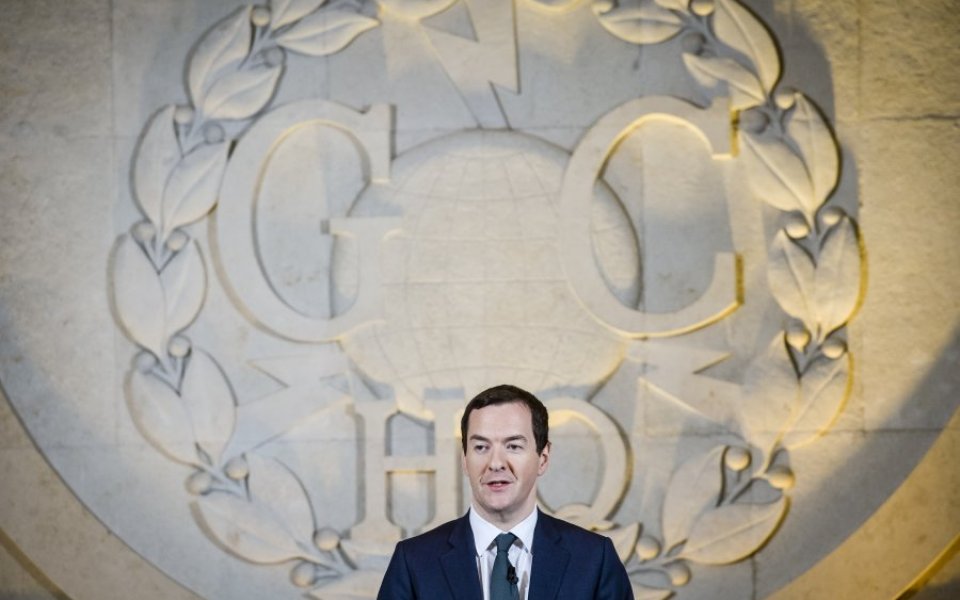 George Osborne has promised to spend £3.4bn extra on the country's counter-terrorism efforts over the next five years – a rise of 30 per cent – ahead of the Autumn Statement, as the government seeks support for military action to fight the rise of Islamic State (IS).

Speaking on the BBC's Andrew Marr Show, the chancellor said: "When it comes to the spending review, cuts elsewhere mean we can give military more equipment and increase counter-terrorism spending by 30 per cent."

When questioned on cuts to frontline policing, he said part of the counter-terrorism budget would go on ensuring the streets of Britain were safe, but did not make a commitment to softening cuts to the police force which could be as high as 20 per cent.

The increase will push counter-terrorism spending up to £15.1bn from £11.7bn over the course of the next parliament and will be spent across government departments, including the Home Office, intelligence services and defence.

The new cash will be spent on ensuring the UK's security forces are able to respond to a "marauding attack" such as the one which took place in Paris, improving the information at border controls and increasing flight security at airports.

British intelligence agencies will expand their reach around the world sharing intelligence with the military, a new MI5 operations centre will be set up and technology upgraded.

Previously announced plans to recruit nearly 2,000 more spies and a pledge of £2m towards Britain's special forces by the Prime Minister in the fight against IS will come from this enlarged counter-terrorism budget, it's understood.

George Osborne promise to double investment in cyber security initiatives to aid the fight against terrorism, spending an additional £1.9bn. The funding is separate to Sunday's counter-terrorism budget announcement.

The twin pressures of the security and the House of Lords' rejection of Tax Credit cuts have put pressure on the chancellor's spending review, due on Wednesday. Meanwhile, the latest figures on public sector borrowing were the worst in six years, leaving it "questionable" as to whether the chancellor is able to hit the Conservative's goal of a fiscal surplus in 2019/20, said IHS chief economist Howard Archer.

George Osborne also said Britain was now seeing the price of not getting involved in military action.

He said a vote on air strikes in Syria would take place when "we have the numbers to win it".

"We’re not going to lose another vote. We’ll only call a vote when we can win a vote."

The Prime Minster is formulating plans for an IS fightback and gathering cross party support for action in the wake of the terrorist attacks in Paris.