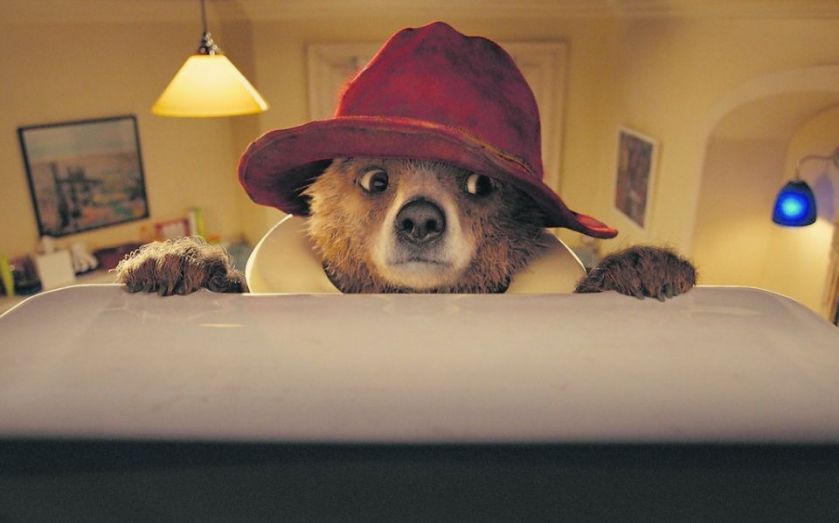 Cert PG | ★★★★☆
Paddington Bear is back and he’s looking… scary. With mangey, greying fur and little sharp teeth, it’s easier to imagine him ripping the throats out of livestock in Alaska than nibbling marmalade sandwiches in west London.
Appearances, though, can be deceiving. In spirit, Paddington Bear is cuddlier than ever. In fact, he’s more than cuddly – he’s sanctimonious. If he was a person he would volunteer at the weekends and apologise after being barged on the tube. The only man who ought to be scared of him is Nigel Farage, who finally has a pro-immigration antagonist with genuine populist appeal.
Raised in the Peruvian Jungle by his anglophile aunt and uncle, Paddington jumps aboard a boat bound for London, a land of high-tea, hellos and hospitality. Only it isn’t. Arriving at Paddington station, the globe-trotting bear is overwhelmed by the impersonal grey mass. Everyone rushes past. No-one stops to wish him a good evening. What happened to the that Blitz spirit that saw English people opening their arms to scruffy urban raggamuffins?
It’s a spirit that seems to have all but disappeared – apart from in the heart of Mrs Brown (Sally Hawkins), who takes pity on the lonely bear and agrees to take him home for the night while he works out a place to stay, much to the annoyance of Mr Brown (Hugh Bonneville). Mr Brown is a risk analyst and what could be riskier than opening up your lovely Notting Hill home to a bear with a marmalade habit? 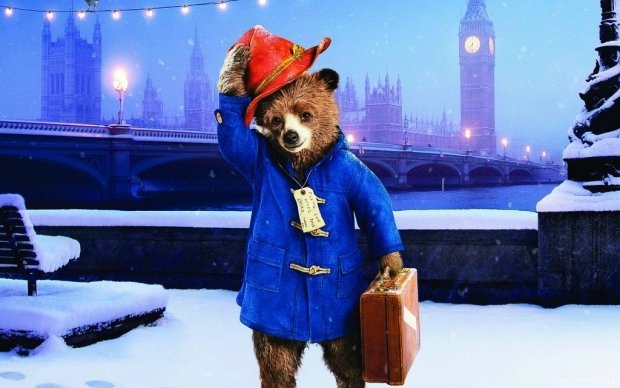 Paddington was raised in the Peruvian Jungle

High-grade comedic cameos light up the film like a christmas tree. There’s Matt Lucas as cockney cabbie, Peter Capaldi as the Brown’s nasty neighbour and a rambunctiously broad performance from Imelda Staunton as drunken Aunty Lucy. Nicole Kidman provides the angel at the top, only her Millicent character is far from angelic. A sub-Cruella ball-buster with a taxidermy obsession, she would like nothing more than to capture poor old Paddington and give him a good stuffing.
With the help of Peter Capaldi, she pursues the bear all the way to a showdown in the Natural History Museum in London (the film gleefully skips through the capital, revelling in all the visual cliches – black cabs, buses, Portobello Road’s colourful terraces).
It’s only when Paddington’s life is in danger that Mr Brown finally falls for him. By this stage, you’ll have fallen for him too. Any misgivings about the sharp teeth are quickly assuaged by Ben Wishaw’s sweet delivery. It’s a perfect performance from him.
Paddington has a lo-fi CBBC charm that isn’t compromised by the CGI or the presence of Nicole Kidman. It also has a heart of gold. There are no repercussions, nobody dies. It’s all very right-on.
Thankfully, it’s funny enough for the moralising to not feel heavy handed. Paddington Bear has come a long way. I’m sure we’ll welcome him with open arms.

The Drop: ★★★★☆
A brilliantly bruising crime drama starring Tom Hardy and the late James Gandolfini
Interstellar: ★★★☆☆
It doesn’t wear its ambition lightly but there’s no denying it’s an unforgettable sci-fi spectacle
The Homesman: ★★★★★
Tommy Lee Jones directs and acts in this epic Western with a twist. Hilary Swank is sensational