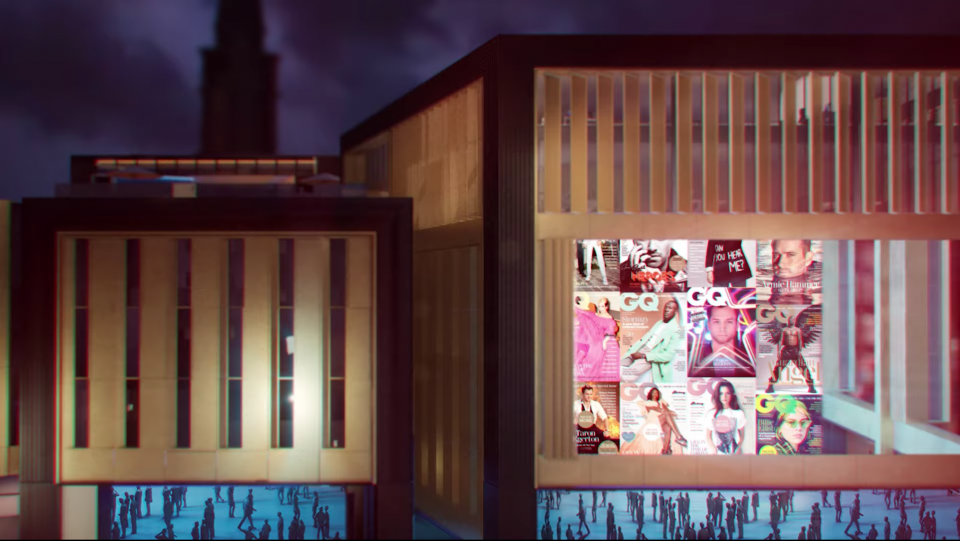 Entertainment venue firm Outernet Global has teamed up with British magazine GQ as the two gear up for the launch of a new live entertainment space in London next year.

Outernet London, set to launch in early 2021, will include a new 2,000 capacity live music venue, located on the corner of Oxford Street and Tottenham Court Road.

Its new deal with GQ will see content from the men’s lifestyle magazine — including interactive versions of print interviews, fashion shoots, and features — broadcast onto 23,000 square feet of screens that will run 24 hours a day.

The contract is the latest in a series with Outernet including an exclusive partnership with veteran Hollywood director Ridley Scott to produce films and immersive advertising campaigns for the inaugural London site.

Outernet chief executive Philip O’Ferrall earlier this year told City A.M. that the complex would not air traditional out-of-home advertising, but instead look to create new forms of branded entertainment.

Dylan Jones, editor-in-chief of GQ, said: “This partnership really is a huge step change. Nothing like Outernet has ever existed before and so to partner with them is exhilarating and with pretty much limitless opportunity.”

The venue, which has been more than 10 years in the making, will come as a welcome boost to the area, following months of business closures during the pandemic. Organisers claim Outernet London will draw in about 400,000 daily visitors.

O’Ferrall added: “We hope to make better the day to day things like coming into work and the big things like how major brands launch new products across the globe. We can’t do it without the support of the world’s greatest cultural forces and that’s why the partnership with GQ is so important to us.”

The London venue, which had been due to open this summer prior to coronavirus delays, is the first in a series of similar sites planned for Los Angeles, New York, Berlin and Dubai.