Options are running out for the man who destroyed Venezuela 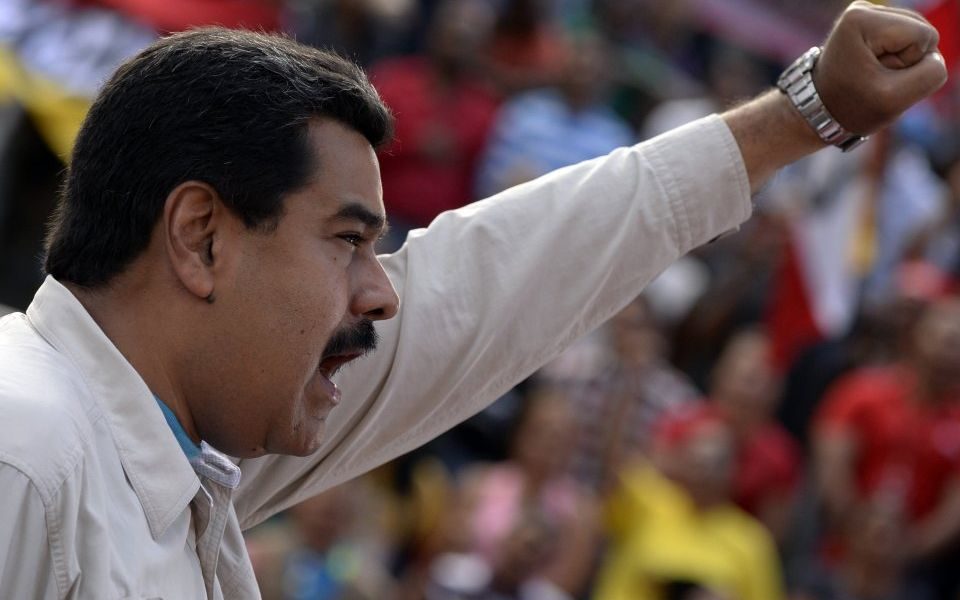 It takes some front for a man who has presided over a double-digit recession for three successive years to claim that his country is being destabilised by a “gang of extremists” rather than his own inept economic performance.

But that is exactly what Venezuela’s embattled President Nicolas Maduro did this week, when he stated that the US – as opposed to his own regime – was responsible for the Venezuelan people’s misery.

It would be fair to say that Maduro’s diatribe against Donald Trump – who he labelled a white supremacist in a bid to play a racial as well as colonialist card – was not his finest hour.

Then again, there haven’t been many of those since he took over the presidency from the far more charismatic and wily Hugo Chavez, with the possible exception of his being constantly feted by assorted Corbynistas over the years, including by Saint Jeremy himself.

It was always only going to be a matter of time before Venezuela’s socialist financial profligacy ran aground. It is Maduro’s misfortune that it has occurred on his watch rather than on Chavez’s, but the outcome was never in doubt, just the timing.

The Chavez-Maduro policy of price controls, redistribution, and extreme public spending was only ever economically viable at a time of high oil prices, when increasing revenues from the country’s oil industry were able to balance increased expenditure.

Venezuela has the world’s largest proven oil reserves, so there is a lot of oil money to go around. But not so much to cope with a global downturn in prices and the shambolic administration of the oil industry which has seen a catastrophic fall in pumping capacity over the past few years.

Countries like Norway have shown that it is possible to balance generous welfare states by squirreling away oil money for a rainy day through a sovereign wealth fund. But this kind of soft socialism has been anathema to Venezuelan radicals.

They have bet the house on blowing every penny of oil income on current expenditure rather than investment. And Venezuela’s people are now having to live with the consequences.

The facts speak for themselves. Over 10 per cent of Venezuela’s population have fled the country in one of the western hemisphere’s largest historic migrations not occasioned by war.

Shortages of food and medicine abound, causing widespread malnutrition and the return of diseases like malaria, eradicated in 1961 but now projected to claim one million victims this year.

Even when basic items can be obtained, they cannot be afforded by the poorest in society. The inflation rate was estimated to have run to 1.3m per cent in the 12 months to November 2018, and the official currency is worthless.

Venezuela has run into the perfect storm, and the captain has no idea how to save the ship – if indeed he is actually the captain. The international consensus in the democratic world is that Venezuela’s legitimate interim President is Juan Guaido, head of its National Assembly, because Maduro’s last re-election was illegitimate owing to numerous electoral infractions.

Venezuela’s constitution supports this position. There has been increasing pressure on Maduro to break the impasse, that has seen hundreds of thousands of Venezuelans take to the street in protest, by holding free and fair new elections.

Alas, Maduro has chosen to double down instead. Despite an increasing number of countries recognising Guaido’s position, Maduro retains the support of Russia and China and has adopted the traditional failed strongman strategy of trying to focus attention on a fictitious threat from abroad.

Disgracefully, he has also blockaded his own country internally to prevent much-needed foreign aid from alleviating the humanitarian disaster now unfolding. His absurd justification for this is that such aid would be the first step in a military intervention by the US.

In reality, he is so desperate to prove that he has not lost control of Venezuela’s economy that he would rather his people starve than allow them to be fed by others.

It is a tragic state of affairs, but one likely to endure in the short term because Venezuela’s military – ideologically purged in its higher ranks under Chavez – has kept faith with Maduro.

Yet this will surely change. Even the most selfish military leader can recognise which way the political wind is blowing, and Guaido has upped the ante with an offer of amnesty for past crimes for any soldier willing to defect. The lower ranks, with families facing the same shortages as most of Venezuela’s population, are growing impatient.

Change is surely coming. The only real questions are when, and whether it will be handled peacefully or through a violent explosion by an increasingly desperate population.

For the sake of Venezuela’s people, let us hope it is the former, and that Maduro recognises that he will need to jump, before he is pushed.