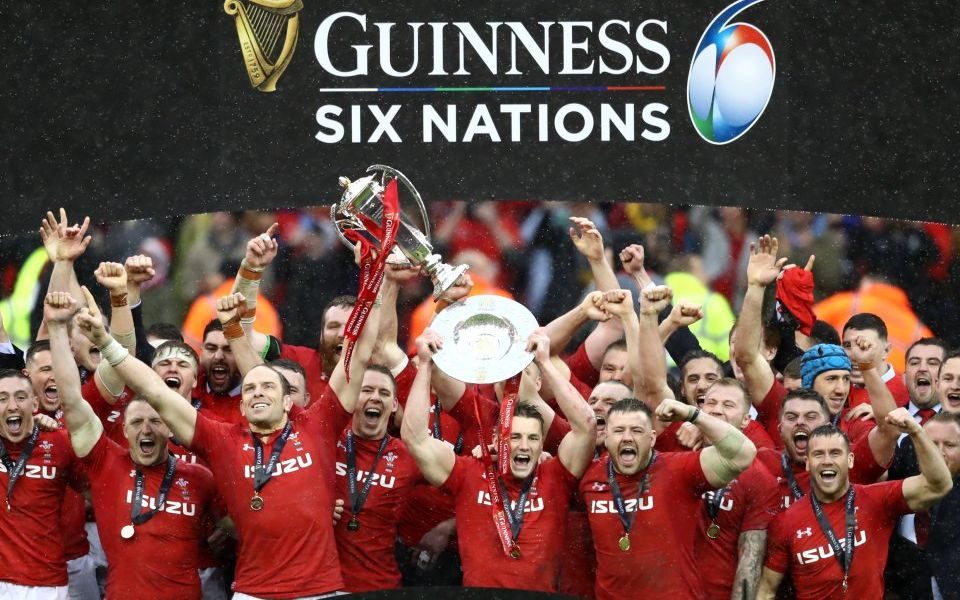 Like most teams, England want to win the World Cup and become the No1-ranked side in rugby union.

The dramatic conclusion of the Six Nations last weekend showed just how lofty those ambitions currently are.

Eddie Jones’s side flew out of the blocks against Scotland and held a 31-0 lead after as many minutes, but then their eternal problem raised its head as they surrendered the Calcutta Cup.

Full credit must go to Scotland, who produced an incredible comeback to turn the game around at Twickenham, but I was very disappointed with England’s decision-making.

They are so reliant on captain and fly-half Owen Farrell. When he doesn’t play well or loses his head they are at risk of being blown away.

Wales had already completed the Grand Slam earlier in the day so England didn’t need to win by 50 points. When Scotland started to fight back they had to think on their feet, reassess and implement an alternative game-plan.

Instead, England were rabbits in the headlights. They appeared incapable of playing a simple territory game. Farrell and scrum-half Ben Youngs are experienced players, but they didn’t think clearly under pressure and hit the pause button.

Ireland fail to turn up

The 38-38 draw left England as runners-up, but things were worse for Ireland. Joe Schmidt’s team came into the competition on the back of perfect preparation and as favourites, but they were a shadow of their former selves.

Ireland offered almost nothing in their final match in Cardiff – they didn’t throw a punch and they were thrashed by Wales. They were out-thought and out-muscled.

The visitors were pretty much at full strength but senior players like Johnny Sexton, Conor Murray, CJ Stander and Sean O’Brien simply didn’t turn up.

Being favourites is a different mind-set to deal with. It’s foreign to Ireland and it showed; they thrive on their traditional underdog tag but wilted under the pressure when forced to lead from the front.

By contrast, Wales dealt with it ideally to secure a third Grand Slam for Warren Gatland and extend their winning run to a record 14 games.

It seems to me that Wales are timing their run to perfection. With form, confidence, momentum and a No2 world ranking behind them, they are no longer able to fly under the radar.

This is one of their best ever teams – and I believe that is partly because of their leadership.

While England lacked it and Ireland’s didn’t step up to the plate, Gatland and his captain Alun Wyn Jones were impeccable.

Jones may not be the best lock in the world but he’s an understated beacon as a leader on the pitch. Backed up by Jonathan Davies at centre, he makes such a difference at the crucial moments.

Gatland no doubt wishes the World Cup started tomorrow, but thankfully for England and Ireland they have time to solve some problems before they all meet again in August’s World Cup warm-up matches.

Form and injuries can of course play a massive part in shaping tournaments like the World Cup, but right now Wales are the team to beat.