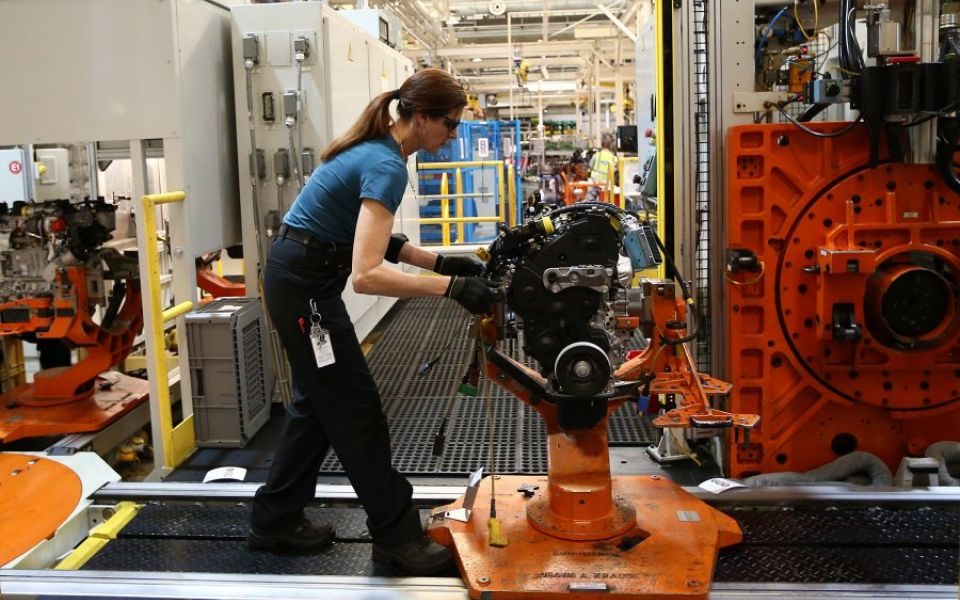 Global growth predictions were slashed today as a major economic body warned that a no-deal Brexit would see Britain return to recession.

The Organisation for Economic Cooperation and Development (OECD) cut predictions for the UK’s growth to 0.8 per cent in 2019 and 0.9 per cent in 2020.

The organisation, which comprises 36 of the world’s wealthiest countries, had predicted growth rates of 1.4 per cent in 2019 and 1.1 per cent in 2020 for Britain in November.

The economy could contract by two per cent, plunging the country into recession, if Britain quits the EU without a deal and crashes out on World Trade Organisation (WTO) rules, the OECD also warned.

Such an outcome, according to the report, “would add to the adverse effects on GDP and business investment already seen relative to expectations prior to the vote in 2016”.

The OECD cautioned that the effects of no-deal "could be stronger still if a lack of adequate border infrastructure and a loss of access to EU trade arrangements with third countries were to cause serious bottlenecks in integrated cross-border supply chains”.

However, following the announcement of the OECD's predictions it was reported that the UK government may cut tariffs on up to 90 per cent of goods should a no-deal Brexit occur. Implementing unilateral tariff reductions is a policy that could mitigate the impact of a no-deal scenario, Germany's IFO Institute, an economic think tank, has said in the past.

In January, the International Monetary Fund (IMF) maintained its prediction for UK growth of 1.5 per cent over the 2019-20 period, speaking approvingly of stimulus provisions announced by the treasury. However, it said the country's position remained "highly uncertain".

Ruth Lea, economic advisor to Arbuthnot Banking Group, said: "There is some evidence that Brexit-related uncertainties are depressing business investment, but this should be kept in perspective. It has not fallen precipitously … and comprises less than 10 per cent of GDP."

"I think the OECD is needlessly pessimistic," she said. "Real earnings are now picking up fairly well as nominal earnings growth outstrips price inflation, and the labour market is still remarkably robust."

A spokesperson for the UK treasury said: "The UK economy has remained resilient despite the global slowdown and uncertainty around Brexit. Employment is at a record high and wages are growing at the fastest pace in over a decade. A good deal will build on this resilience, restoring confidence and unlocking business investment."

Britain’s downgrade comes as part of a general reduction in growth forecasts for OECD countries, with Eurozone countries in particular struggling.

Germany had its growth forecast slashed by over half to just 0.7 per cent for 2019. In November, its economy had been predicted to grow 1.6 per cent in 2019.