A big boost for the northern powerhouse project?

Areas that have embraced the science, technology and finance industries have enjoyed disproportionately high house price growth, according to research from Savills.

The fillip given to areas with a large number of companies in key industries suggests encouraging growth in such industries in the north could lead to far greater economic prosperity.

Read more: Mortgage approvals rise to their highest in 14 months

This could provide ammunition to those driving for the creation of a northern powerhouse. Over the past five years the biggest growth in businesses has come in the professional scientific and tech sectors (which account for 15.5 per cent of all local business units) and information and communication.

Expansion in these sectors has improved economic conditions, exemplified in this case by a jump in house prices.  The areas that have embraced these industries have seen far greater house price increases. With the property market often viewed as a bellwether for the wider economy, this data will encourage those championing the northern powerhouse push.

London and the south east have the greatest concentration of such businesses, and the sectors are less represented in the Midlands, Wales and the north, save for the north west of England where they have stronger foothold.

Dividing the local authorities into equal bands of 38, the correlation becomes clear. 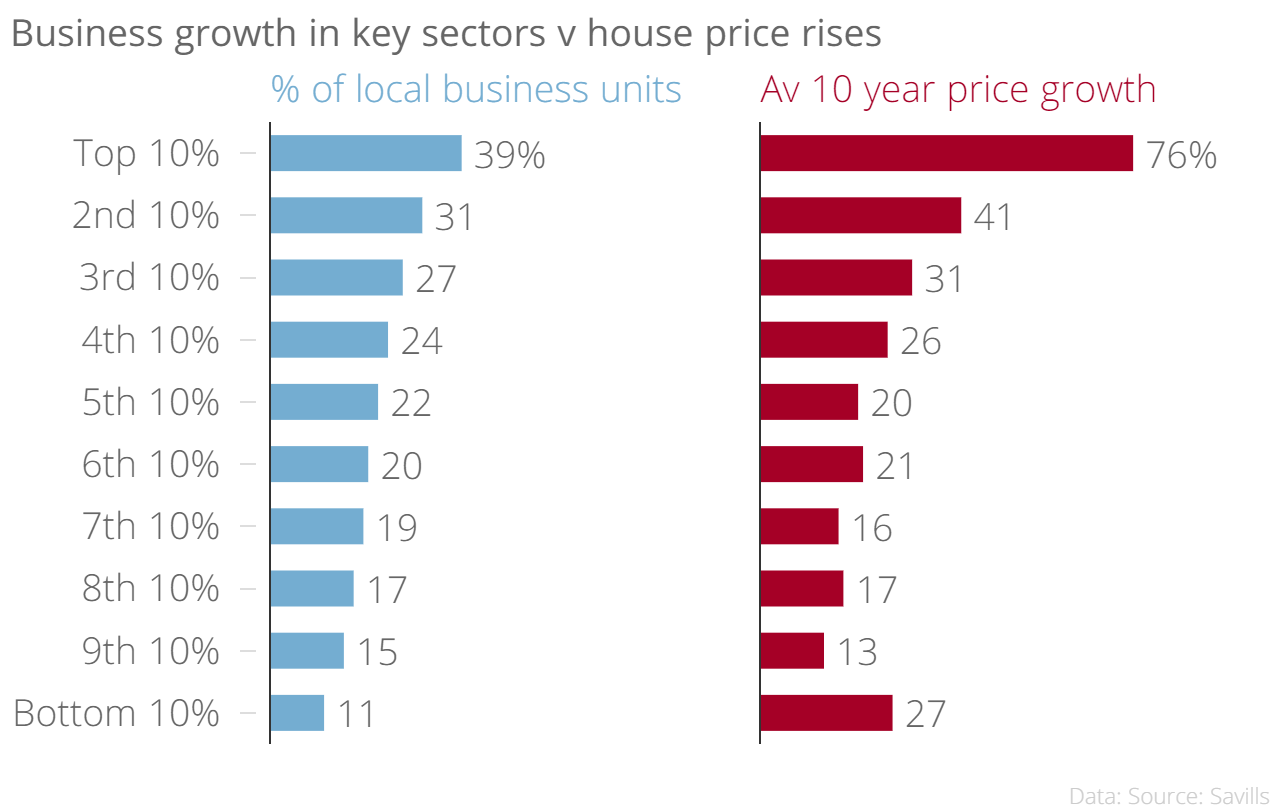 This shows price growth over each of the past 5, 10 and 20 years has been far higher in areas with the highest proportion of business in the professional, scientific & tech, information and communication, and finance and insurance service sectors. That indicates that the make-up of the local economy has been a key determinant of long run house price growth.

He did, however, warn that there would need to be sufficiently strong infrastructure in the north to allow for an increase in the number of such businesses to reach a critical mass.

This said the scale of house price growth and the affordability issues for younger households may act as a catalyst to the expansion of these sectors in some of the growth markets outside of the capital. That would play well into the creation of a northern powerhouse. However without the same critical mass that would clearly be reliant on putting in place significant infrastructure and support to facilitate this.