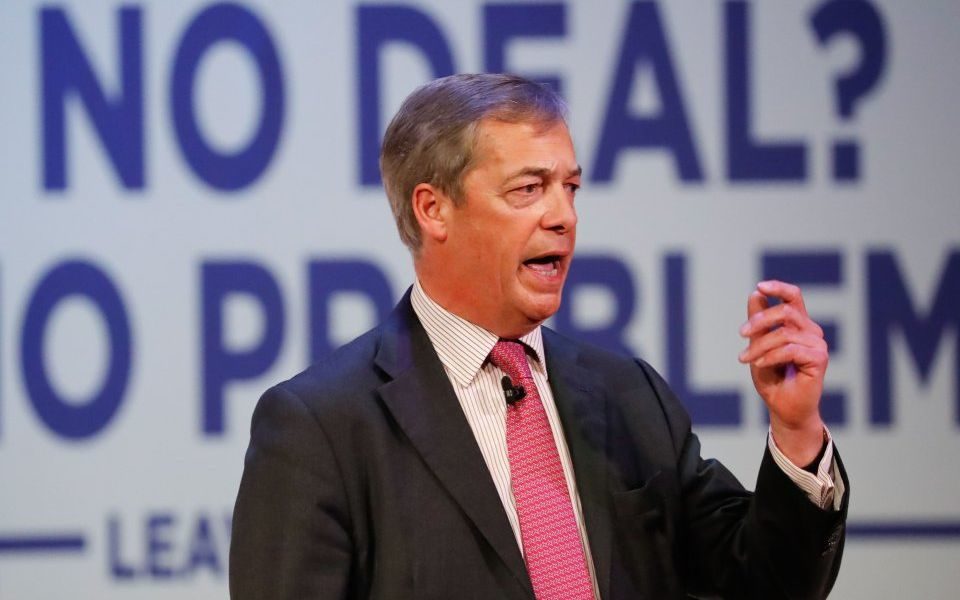 Nigel Farage has said he will stand to be leader of the Brexit Party should the UK’s departure from the European Union be delayed.

The Eurosceptic party was officially confirmed by the Electoral Commission on February 5 and Farage has said the party “has my absolutely full support”.

The former UKIP leader said that if Article 50 was delayed beyond the current March 29 leaving date then “then logically we would have to fight European elections and I would certainly stand in them in those circumstances".

He also said the party’s formation should act as a warning to MPs trying to delay Brexit and claimed that MPs were identifying more along Leave or Remain lines than they were Labour or Conservative.

"If the need comes for the Brexit Party to be mobilised, I think it will draw support from across the entire spectrum,” he said.

"I genuinely believe people would be very surprised at the support it would attract." Adding: "There is a live vehicle there from which to fight back.