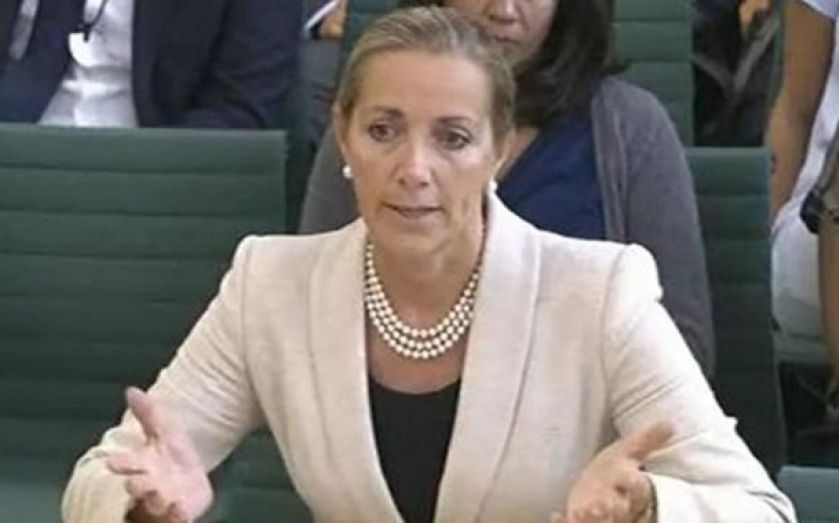 Rona Fairhead, the preferred candidate for chairmanship of the BBC Trust, faced a grilling by MPs this morning, including questions over her role during the HSBC Mexico money laundering scandal and her Pearson pay off.
Fairhead was the chair of HSBC's risk committee at the time of the case, which resulted in the bank being fined $1.9bn (£1.2bn) to settle allegations it had allowed terrorists to move money around the financial system. At least $881m was laundered by Mexican drug traffickers and others, enabling funding to reach sanctioned countries.
At the Culture, Media and Sports Select Committee pre-confirmation hearing, ahead of Fairhead's confirmation as governor of the BBC Trust, Labour MP Paul Farrelly quizzed her over whether she felt she had done enough to prevent wrongdoing.
Fairhead said: “One has to be realistic and sometimes bad things do happen. Sometimes the controls you think are effective turn out not to be so.”
It was “how you respond” to these situations that was key, she added:

The only way to respond if you made a mistake is to apologise – that is absolutely what we have done… We have been very clear that money is no object in fixing that, and to put systems in place to ensure it will not happen again.

On all things you look back and think 'did I question enough?', 'what more could I have done?'

To which Farrelly asked “what were the answers to those questions”:
Fairhead said:

In Mexico…. when an issue was raised we would ask different view points and the data [suggested] everything was fine, the feedback was that we had addressed this. It turned out not to be so.

There is no silver bullet… but a huge amount of work has been done to make sure the culture is that you do the right thing, even if no one is looking

Earlier in the session, MP Philip Davies questioned Fairhead over her £1.1m payoff from Pearson, raising concerns that this might present a conflict of interests when it comes to tackling senior pay at the BBC.

It’s a lot of money [but] it was done entirely within contractual terms… I’m not going to apologise for coming from the private sector.

It will not prevent her from holding the BBC to account on payoffs, she added.
Fairhead still holds shares in Pearson, but would relinquish them if she was given clear guidance that it represented a conflict of interest. “I would take the appropriate action,” she confirms.
Committee chair and Tory MP John Whittingdale asked if she was surprised that the payoff provoked a shareholder revolt.
“Honestly, I was,” she said, noting the amount was “appropriate”.
Fairhead said she would retain her non-executive roles at HSBC, where she is now chair of the North America Holdings Inc, member of its financial system vulnerabilities committee and nomination committee, which she estimated took up around 50 days a year of her time. Asked how she was able to manage this, she detailed a punishing schedule, adding: "I just get used to sleeping on planes".
Share
Tags: BBC