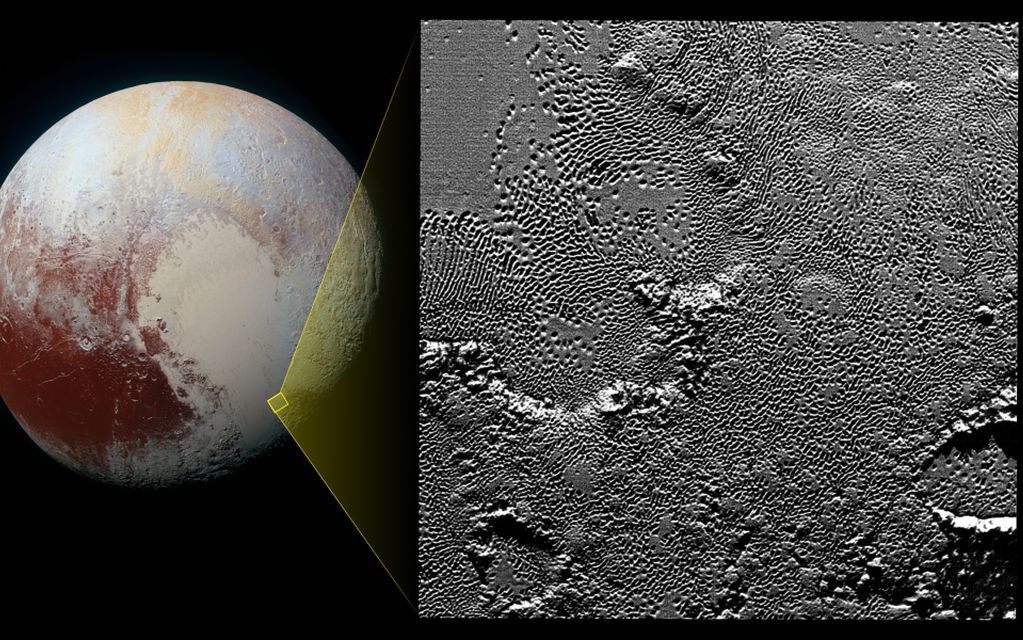 It may have been relegated to non-planet status, but Pluto is still an important body within our solar system.

Now, for the first time, Nasa has shown us what this “plutoid” looks like close up and in colour, using high-resolution images taken earlier this year by its New Horizons spacecraft. The craft passed just 10,000 miles from Pluto's surface.

The US space agency reveals a variety of cratered, mountainous and glacial terrains across a 50 mile strip.

The colours of near-infrared, red and blue were added to the original images captured 25 minutes before New Horizons passed Pluto on 14 July. 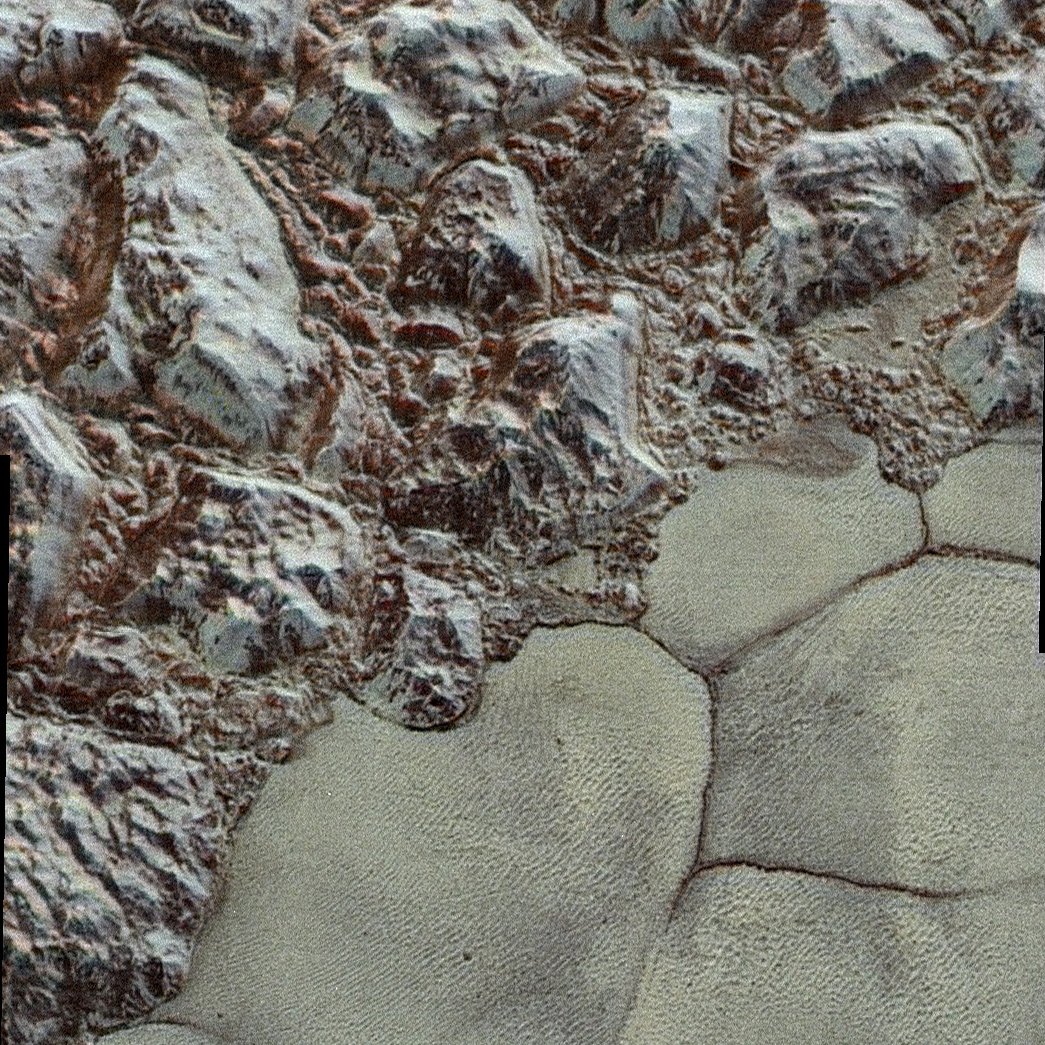 Pluto's mountainous regions are visible in the image (Source: Nasa)

"The images form a strip 50 miles (80 kilometers) wide trending from Pluto’s jagged horizon about 500 miles (800 kilometers) northwest of the informally named Sputnik Planum, across the al-Idrisi mountains, onto the shoreline of Sputnik Planum and across its icy plains," Nasa said in a statement.

Lying just beyond Neptune, which is now our outer-most planet, Pluto used to be considered the ninth planet in our solar system. But after looking at it more closely, scientists decided that is size and position meant it must be a dwarf planet instead.

The name “plutoid” is now given to any dwarf planet that lies beyond Neptune in our solar system.