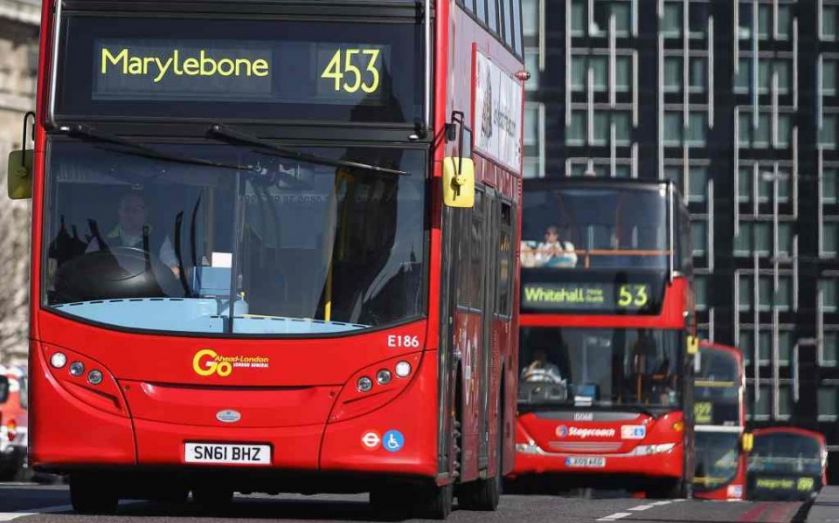 More bus strikes are scheduled to take place over the next fortnight, as unions fight against pay discrepancies across operators.

The first is scheduled for February 5 and will run from around 4am Thursday morning until early Friday morning. Buses should operate as normal on Friday by the morning rush hour.

A second 24 hour strike is due to take place on 13 February, followed by a third on February 16.
LATEST: Bus strikes postponed for Friday 13th and Monday 16th February
In all cases, bus services across London are expected to be severely affected. In fact it's easier to say which routes are not affected than those that are. You can see below for details.
The action is being brought by Unite against driver pay and conditions, which it claims vary widely between th1 18 bus companies that make up the London service. There are 80 different pay rates, and hourly rates vary from £9.30 to £12.34, the union says.
The bus companies going on strike are Abellio, Arriva, CT Plus, Go Ahead, London Sovereign, London United, Metroline, Stagecoach and Tower Transit.
All of Transport for London’s other public transport services will be operating as normal should the planned action go ahead. It urged commuters to use other options, including walking or cycling where possible.
Mike Weston, TfL’s director of buses, said: “I am very sorry that the leadership of Unite are threatening to further disrupt the journeys of bus passengers, especially given that only 16 per cent of bus drivers voted for strike action.
“As the bus companies who employ the drivers have said, it makes no sense to pay all drivers precisely the same amount.  As in all professions, bus drivers have different levels of experience and it is only right that this can be reflected in pay.
“A ‘levelling up’ of pay to the highest rates would cost around £100m a year and would result in a cut to bus services, an increase in fares, or both.
“The strike is likely to mean significant disruption to bus services and I urge customers to please check our website for the latest news.  We’ll be getting up-to-date information to customers as quickly as possible to ensure that they can continue to get around the city.”
Taxi Marshals will be deployed at the following key taxi ranks to assist passengers and encourage taxi sharing:
o   Charing Cross Station
o   Euston
o   King’s Cross
o   Liverpool Street
o   London Bridge
o   North Greenwich
o   Stratford
o   Victoria
o   Waterloo
The following buses are not affected and should run a normal service
66 – Romford Station to Leytonstone bus station
142 – Watford Junction to Brent Cross Shopping Centre
160 – Catford to Sidcup Station
258 – Watford Junction to South Harrow Station
268 – Golders Green Station to Finchley Road
288 – Queensbury to Broadfields Estate
298 – Arnos Grove to Potters Bar
303 – Edgware Station to Colindale
305 – Edgware Station to Kingsbury Circle
340 – Edgware Station to Harrow Bus Station
346 – Upminster Station to Upminster Park Estate
370 – Romford to Lakeside Shopping Centre
375 – Romford Station to Passingford Bridge
404 – Coulsdon to Caterham-on-the-Hill
406 – Kingston to Epsom
411 – Kingston to West Molsey
418 – Kingston to Epsom
428 – Erith to Bluewater Shopping Centre
463 – Coulsdon South Station to Pollards Hill
465 – Kingston to Dorking
467 – Hook to Epsom
470 – Colliers Wood Station to Epsom
492 – Sidcup Station to Bluewater Shopping Centre
499 – Gallows Corner to Heath Park Estate
626 – Finchley Central Station to Potters Bar
628 – Kingsbury to Southgate Station
631 – Golders Green Station to Henrietta Barnett School
641 – West Molesey to Teddington School
642 – West Hendon Broadway/Edgware Station to London Academy
653 – Muswell Hill Broadway to Kingsbury
683 – Friern Barnet to Kingsbury
688 – Southgate Station to Kingsbury
B12 – Erith to Joydens Wood
B13 – Bexleyheath Shopping Centre to New Eltham Station
B15 – Bexleyheath Shopping Centre to Horn Park
E10 – Northolt to Ealing Broadway Station
H2 – Golders Green Station circular (via Hampstead Garden Suburb)
H3 – Golders Green Station to East Finchley, Hilltop
H18 – Harrow Bus Station circular (via Pinner & Wealdstone)
H19 – Harrow Bus Station circular (via Wealdstone & Pinner)
K5 – Ham to Morden Station
S1 – Banstead to Lavender Fields
S3 – Sutton Hospital to Malden Manor Station
X26 – West Croydon to Heathrow Airport