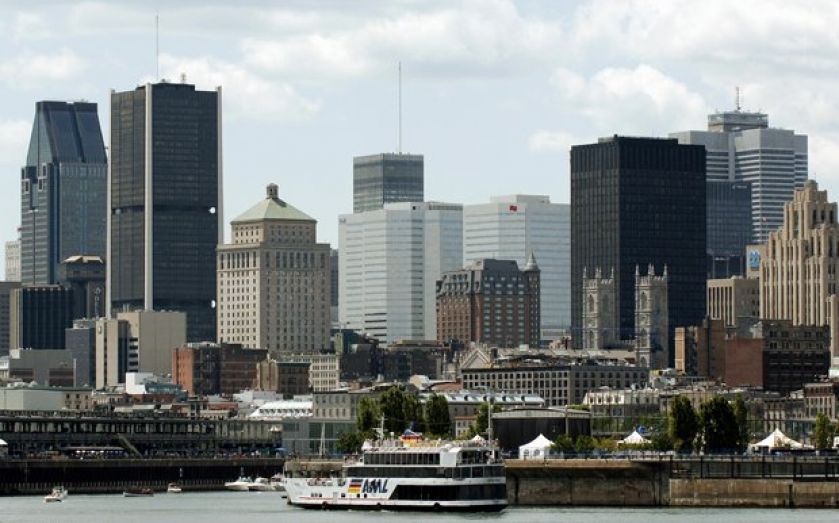 As the history of the 2014 independence referendum is written, it may come to be seen as a turning point for financial services in Scotland. The lion’s share of its financial sector has warned that it has contingency plans in place to relocate to England in the event of a Yes vote. This follows a previous survey by the Scottish Chambers of Commerce which found that almost one in five businesses had plans to relocate.

While the Scottish government maintains that business is bluffing, if Scotland votes Yes today, there seems little doubt that one of the world’s most successful financial clusters will be seriously diminished. But if Scotland votes No, will it just be business as usual? Not so, if the example of Quebec in Canada is any guide.

While “Scotland’s Oil” campaign may get more attention, anyone who works in the City will be familiar with the size and scale of the Scottish financial sector. From investment trusts and banks to asset managers and insurers, financial services contributed £8.8bn to the Scottish economy in 2010, more than 8 per cent of total economic activity. With the sector employing 85,000 people in Scotland, it would be a tragedy if the legacy of the referendum was a Quebec-style business migration.

Despite the worst that the Great Depression could throw at it, Quebec’s largest city Montreal remained the business capital of Canada in the 1930s. It boasted the largest number of head offices in the country, as well as a sizeable financial sector, including the Bank of Montreal and a host of other institutions. It would probably still be the home of Canadian business today. But that was before the nationalists got to work.

Even though Quebec voted to reject independence twice, in both 1980 and 1995, a toxic mix of “neverendum” uncertainty coupled with the business-unfriendly policies of Quebec’s secessionist government achieved what even the Great Depression could not. Partly due to the lack of any long-term certainty about constitutional arrangements, slowly but surely, Quebec’s financial institutions all decamped. Royal Bank of Canada, Sun Life Financial and a host of other big names left for Toronto, where now even the Bank of Montreal has moved the majority of its operations. They were followed by some 800,000 former Quebec residents, many from the financial and business community. Today, Montreal has slipped to third place as a centre of Canadian business.

It is of course open to Scotland to create a business-friendly environment. However, if the flurry of announcements by Scottish banks and insurance firms were not bad enough, the omens from the Scottish government have been equally grim.

Even if Scotland votes No today, the SNP will still be in power in Edinburgh. And in due course, it will become more powerful still, as the Scottish parliament gains further legislative powers over taxation, perhaps as soon as next year. With nationalist heavyweights like Jim Sillars warning of a “day of reckoning” against those who opposed independence and calling for the nationalisation of oil companies, business is getting increasingly concerned. Only time will tell if the SNP makes Scotland a hostile place for financial services. But if they do go down the path of the Quebec nationalists, then history is sure to repeat itself.