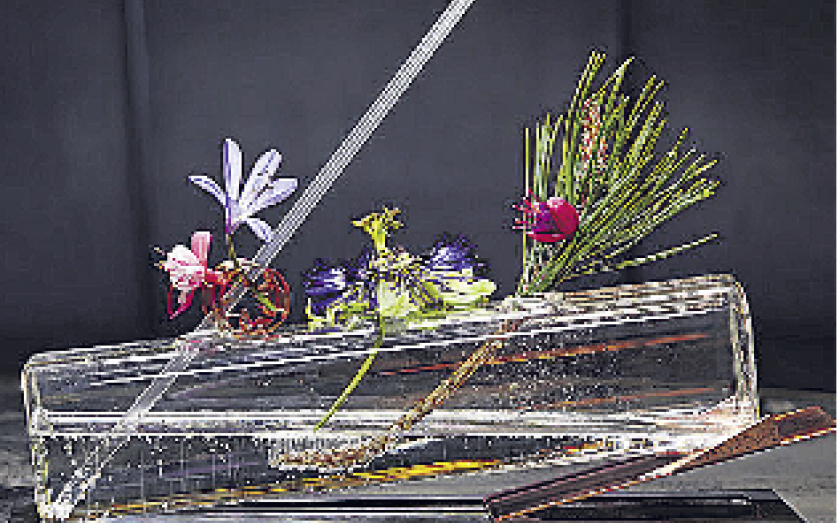 IT’S tough at the top. Whether you’re a CEO, musician or bar manager, you’re only as good as your last set of earnings, song, or cocktail menu. There’s always an upstart ready to take your crown.
Artesian has been voted the world’s best bar for two year’s on the trot. Last week Alex Kratena and Simone Caporale – Artesian’s star bartenders – updated the cocktail list ready for their defence later in the year. In response, they’ve created a menu that takes the bar’s famed imagination, experimentation and presentation to whole new level.
Alex and Simone are born risk-takers. They recently took on New York’s most fashionable bar, the Dead Rabbit, in a cocktail competition, winning over the esteemed judges by firing cocktails into their mouths through water pistols and other naughtiness. This joie de vivre is injected into every cocktail on the new Unfolding & Exploring menu (although sadly there are no water pistols as far as I can see). Here are some of the highlights:
Digidiva
On paper, Digidiva is a combination of Absolut Elyx, fino sherry, Aqua di Cedro, cypress syrup, citric acid solution, soda water and seasonal botanicals. But through straw, it’s a clean tasting cocktail that’s only upstaged by the receptacle containing it. If you’re clumsy – or drunk – don’t risk it. I daren’t guess how much one handmade glass vessel costs (given that the whole menu cost around £85,000 to put together).
Selfie Compatible
Selfie Compatible is all about Le Whaf – a device that converts liquid to flavoured air. It’s a simple enough proposition: inhale the gas and then suck the liquid. The Grand Marnier and chocolate gas combines with the liquid in your mouth. Just don’t be too greedy with the gas: puff, sip, pass.
Magician
With some cocktails, after the first sip the drink disappears without another thought. That’s impossible with the magician. Like something out of Willy Wonka's Chocolate Factory, cherry gives way to smoky jasmine with at least a dozen flavours in between. I’m not sure how they do it but it’s a special thing.
What is Agugu?!
Comparing the pleasure of chocolate with sex rarely makes sense. However, you’ll get a glimpse into the mind of a true chocoholic with the incongruously named What is Agugu?! cocktail. It’s so delicious that you’ll be forgiven for whisking the chocolaty, spicy receptacle up to The Langham’s Infinity Suite for some alone time.