Mix it up: Japan’s favourite drink returns - sake is having a moment 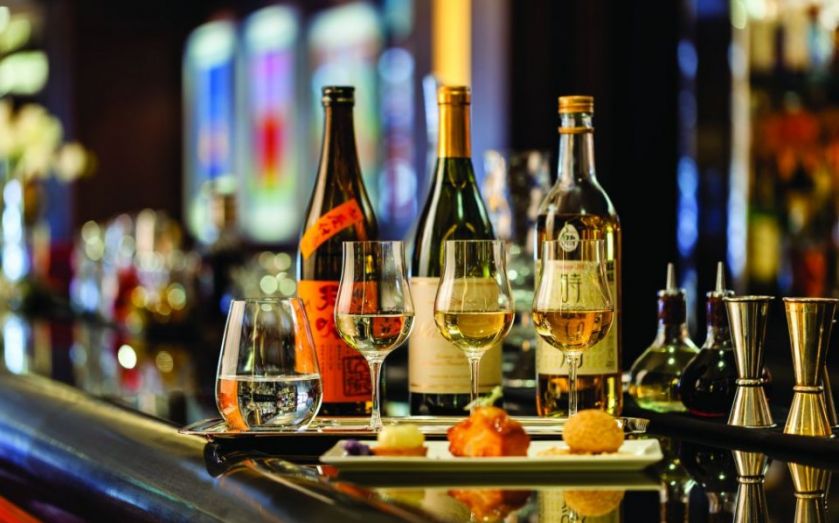 Learning to drink is like learning to read, in as much as you should start with the easy stuff, although it is generally advised that you perfect the latter before indulging in the former. Nobody could ever learn English by reading James Joyce (except, perhaps, someone with the intellect of James Joyce), while you'll struggle to get the most out of a cocktail if your palate is unfamiliar with what's in it. Some cocktails don't need any deconstruction. We all know what a spirit like vodka tastes like (practically nothing), but with less familiar spirits you should try drinking them neat so you can learn what they're bringing to the cocktail party.

Japan's forgotten sake is in an increasing number of cocktails and is worth more than this casual encounter. For something a little more formal, Dorchester Collection's BAR 45 and 45 Park Lane are serving up Shini-Tai, three sakes matched with pastries. Shini-Tai is a Sumo term given to the losing wrestler, deemed to have no chance of winning due to the superior sumo of his opponent.
In the Shini-Tai flight, 45 Park Lane's head sommelier Vanessa Cinti has created a useful 'sake for dummies' experience. The breadth of flavour will come as a surprise – at least it did for me.
It includes the Amabuki Marigold, which is brewed with yeast from the blossoms of marigold; the Kirin Vintage 2013, which could easily be confused with a top-of-the-range sherry; and the Masuizumi Junmai Daiginjo, which is aged in the prestigious Domaine Ramonet (Burgundy) barrels. The flight costs £35 (boasting less orange than EasyJet and less trauma than Ryanair).
Sake is made from fermented rice (but not the sort of rice you eat). It is mentioned as early as 712 AD in Japanese texts, but no doubt some variety of it existed prior to this. Give a human in any epoch foodstuff containing starch and a few weeks later you'll find him passed out in the gutter telling you you're his best mate in the whole wide world. In the tenth century, sake production was liberalised, with temples and shrines allowed to brew the stuff. Production was relaxed further following during the Meiji Restoration, resulting in tens of thousands of new breweries. The government then taxed the majority of them out of existence.
But World War II decimated the sake industry as efforts were redirected to war. Although the quality has improved greatly since that low ebb it hasn't fully regained its mojo. This is a great shame and totally undeserved.
Although you're welcome to do whatever you want with your sake, those in the know suggest you shouldn't heat up the best stuff – for the same reason you wouldn't heat a single malt whisky or XO cognac. As with wine, some sakes taste best at room temperature, others chilled.
Learning about spirits is a double-edged sword: the more you know, the more you’re aware how little you really know about drinking.
Share
Tags: NULL